POSTEL: Now more than ever, crime victims are counting on Kentuckians to vote yes on Amendment 1 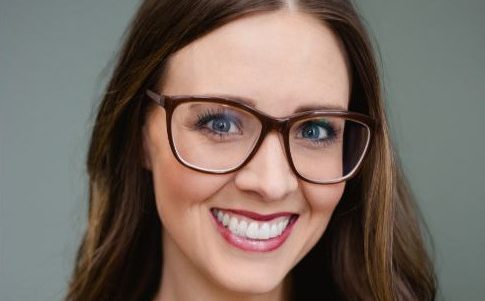 Did you know that, in addition to choices for federal, state and local representatives, your November general election ballot will feature a critical yes or no question that will impact thousands of Kentucky crime victims?

This year, voters will have an opportunity to vote “yes” on Constitutional Amendment 1 — Marsy’s Law for Kentucky — which would finally provide victims of crime the equal rights they deserve.

This vital amendment would add commonsense, straightforward protections for crime victims to our state constitution — like the right to be present at court proceedings and the right to have the victim’s safety considered when setting bail.

Currently, accused and convicted individuals have numerous rights in the Kentucky Constitution, but crime victims have none.

Marsy’s Law will correct this troubling imbalance of justice. (It’s important to note that Marsy’s Law will not infringe upon any rights of accused/convicted individuals nor affect their due process rights; those will all remain the same.)

I have served as Marsy’s Law for Kentucky’s director of outreach for the past year; however, my journey as a crime victims’ advocate began more than 15 years ago, following the brutal rape and murder of my cousin, Lindsey.

As I work daily with survivors and victim advocacy groups across the commonwealth, I hear one common, heartfelt refrain: “We just want a voice.”

After suffering so much loss and pain, these courageous individuals are often left to feel retraumatized as they attempt to navigate the cold, complex world of the criminal justice system — without inclusion or respect.

Each year, more than 16,000 violent crimes are reported in communities across Kentucky, and each one can leave enduring physical and emotional scars on both the victim and his/her loved ones.

Tragically, the current global COVID-19 pandemic has placed crime victims in an even more precarious position. Experts fear that amid resulting lockdowns and social distancing regulations, victimization through domestic violence, sexual assault and child abuse has increased at an alarming rate.

Now more than ever, Kentucky crime victims are counting on all of us to take a stand for them, and I’m asking you to join me in voting “yes” on Constitutional Amendment 1 this November.

If Marsy’s Law sounds familiar, it is likely because this crime victims’ rights amendment has been discussed and dissected in exhaustive detail over the past five years here in the commonwealth.

In fact, it was on our ballots in 2018, when more than 868,000 Kentucky voters (an overwhelming 63 percent) approved the amendment — only to have their decision overturned by the seven members of the state Supreme Court.

Those justices ruled against Marsy’s Law not on any substantive grounds, but simply because they said the entire text of any amendment must appear on the ballot.

Thankfully, earlier this year, the General Assembly voted in a broad, bipartisan manner to once again place Marsy’s Law on the ballot; and we have another opportunity to show crime victims that they are valued and supported.

Full details about Marsy’s Law for Kentucky — including the complete text of the ballot language, answers to frequently asked questions and a comprehensive list of groups statewide endorsing our effort — are available at www.VictimsRightsKY.com.

Whether you are filling out an absentee ballot, participating in early in-person voting, or going to the polls on Nov. 3, please remember to vote “yes” on Amendment 1. (In many counties, you will need to flip to page two or three of your ballot to answer this crucial question.)

In these uncertain and anxious times, I encourage you to join the many organizations, advocates and, most importantly, crime victims, in guaranteeing that no Kentuckian ever again has to feel alone, insignificant, or shut out of the very system they are counting on to carry out justice.

Dr. Emily Bonistall Postel is the director of outreach for Marsy’s Law for Kentucky. She is an educator and activist with more than a decade of experience teaching, researching and advocating on behalf of crime victims.