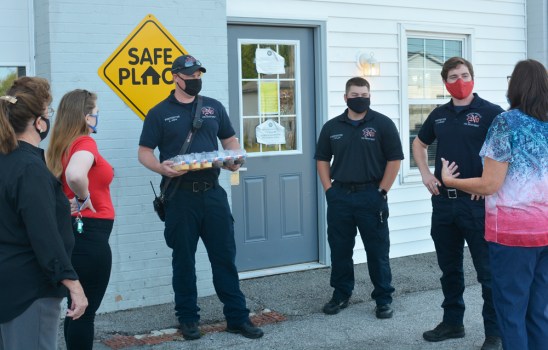 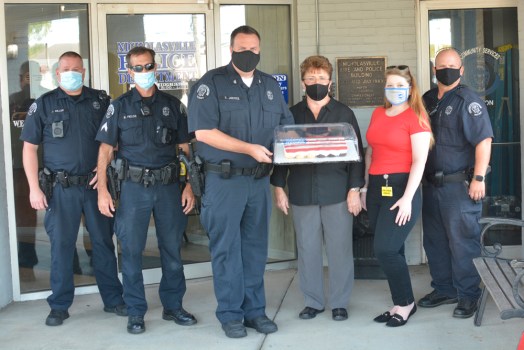 It’s a sweet gesture a Nicholasville business has been making to city and county first responders since that fateful day in September 2001 when a terrorist attack on the United States brought Americans together and strengthened their appreciation of those who serve and protect others.

On Thursday, the day before the 19th anniversary of 9/11, June Dalton and Rebecca Adkins of Cash Express and Betty Black of the Nicholasville City Commission, showed up at the city’s police and fire stations on North Main Street bearing sugary gifts — red, white and blue cupcakes.

“We’ve done this every year since 9/11” to show appreciation for the community’s civilian men and women in uniform, Dalton said.

“We appreciate the support we get from them and the support from the community,” Police Chief Todd Justice said.

That day they also visited the other city and county fire stations, the sheriff and his deputies, emergency medical services, the jail and the courthouse.