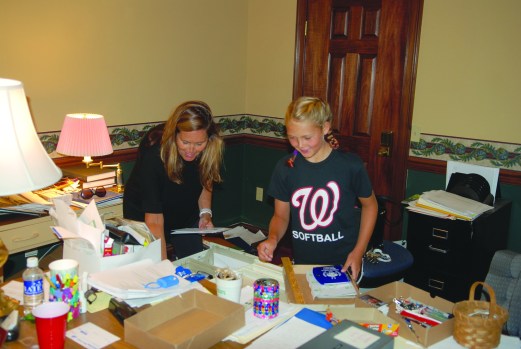 Wilmore Finance Director Lori Vahle, left, and her daughter Addison Vahle pack up her office in Wilmore City Hall Tuesday afternoon. All city departments are in the process of moving to the new city hall, located in the former Providence School. Vahle said she hoped to be in her new office this week. (Photo by Fred Petke) 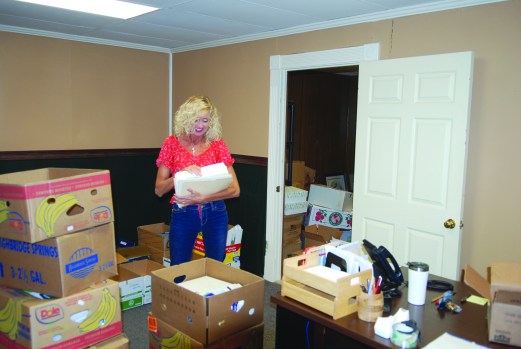 Wilmore City Clerk Sharon Moore flips through files as she packs her office in the old city hall in downtown Wilmore Tuesday afternoon. The city is in the process of moving all its departments into the former Providence School. (Photo by Fred Petke) 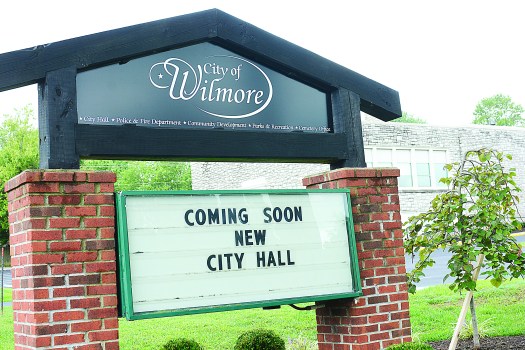 The former school building on Lexington Avenue is the new Wilmore City Hall, and will provide far more space for public use than the building on Main Street. 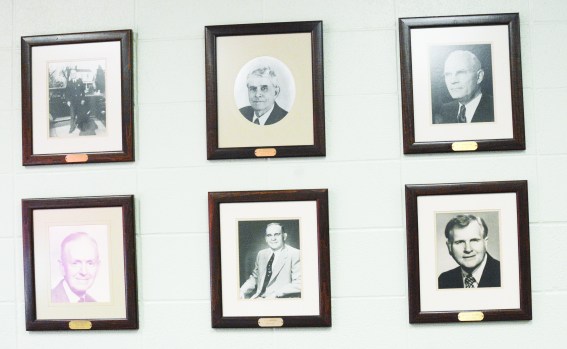 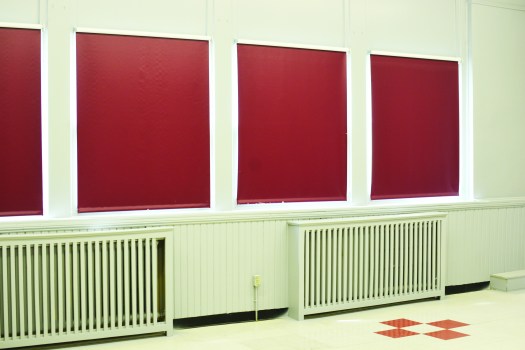 What will be the office of the city's police chief is in the oldest part of the Wilmore City Hall building, which was the old Wilmore High School. (Photo by Randy Patrick) 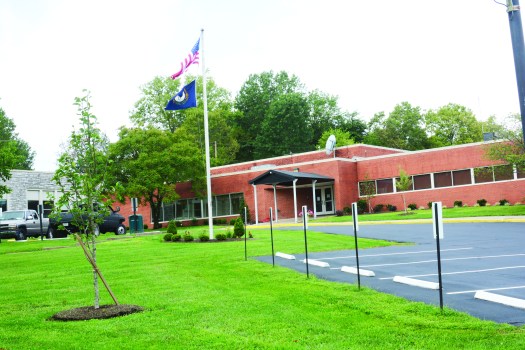 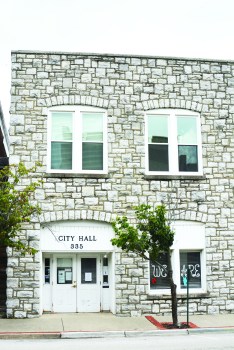 The new Wilmore City Hall in a former school building on Lexington Avenue will provide far more space than the old municipal building on Main Street near the railroad tracks. 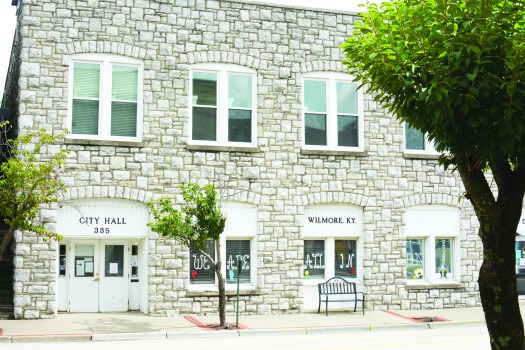 The new Wilmore City Hall in a former school building on Lexington Avenue will provide far more space than the old municipal building on Main Street near the railroad tracks. (Photo by Randy Patrick) 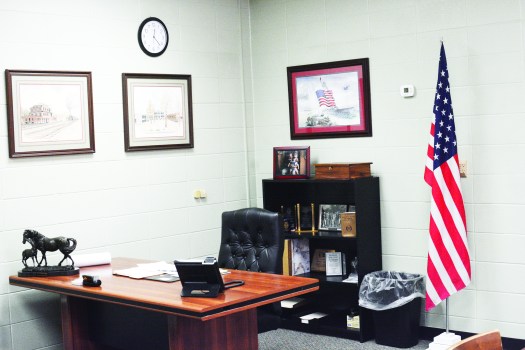 The Mayor's Office is one of the few that were already furnished last week at the new Wilmore City Hall. 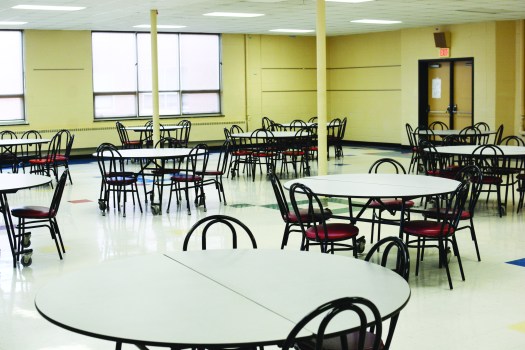 The former school cafeteria will provide space for community events at the new Wilmore City Hall.

Wilmore’s city government has long been crowded into a small two-story building on Main Street near the railroad tracks. But soon, city workers will have more elbow room.

City Hall is moving to what has been a school building on Lexington Avenue for nearly a century.

Besides the city offices and a council chambers, the building has a gymnasium that has been booked almost every night this summer, a stage for dramatic and musical performances, an assembly room, a kitchen and cafeteria an outdoor pavilion and outdoor recreational facilities and plenty of green space.

And the city got it for a song.

Rainwater said the city government paid $250,000 for the property and will probably put another $50,000 into it.

“It’s going to to provide a lot for the community,” Vince Lewellen, the city’s public works supervisor and cemetery sexton, said.

Amy Fitch, the parks and recreation director, who had already moved in last week, was thrilled about the possibilities. She said it will be used for city and church volleyball and basketball leagues this winter.

The mayor said the gym alone is worth the purchase price.

The mayor said the move should happen by next week.

There will be more than 150 parking spaces in front and back together.

If the old part of the new City Hall resembles the old City Hall, it’s no coincidence. Both are built with the same cut stone, and Rainwater said it’s his understanding that the same firm built both.

That part of the building was the old Wilmore High School. The campus was later home to Wilmore Elementary School, then the Jessamine Early Learning Village and most recently, The Providence School, an alternative high school.

The building is in good shape because it has been continuously in use, the mayor said. It has a 10-year-old roof, and parts of the HVAC system are fairly new. It mostly just needed some paint.

“I think people are excited about it,” Rainwater said. “A lot of us went to school there,” and so did their children and grandchildren, so “it’s pretty meaningful for us.”

The new building should be open to the public next week, and there may be a “soft opening,” such as a Chamber of Commerce ribbon cutting, but there probably won’t be a large-scale event in the near future because of the coronavirus.

The mayor said the city wants to sell its old building to a business and put it back on the tax rolls.

The Wilmore Fire Department will keep its building on Linden Street for its trucks, but will have a training room and offices in the new City Hall.

“It’s a good deal for our little town,” the mayor said.