Local author featured in ‘Chicken Soup for the Soul’ 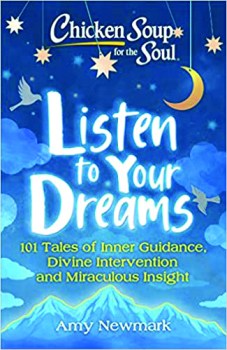 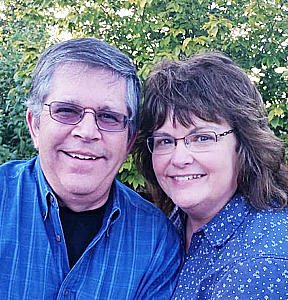 Have you ever woken from a dream with the feeling that it’s somehow real, that Someone was speaking to you?

Rhonda Dragomir, a Wilmore writer, had that kind of dream many years ago, and she listened to it. Her dream and what happened later make up one of the 101 stories included in “Chicken Soup for the Soul: Listen to Your Dreams,” a new collection by the editor and publisher of the best-selling series of Christian inspiration books.

The theme of the book is that dreams can be important tools for re-directing one’s life.

“It’s remarkable how useful our dreams can by in helping us find new directions, improve our relationships and become genuinely happier,” Newmark said in a news release promoting the book.

In “The Corridor,” she starts out recalling her dream.

It begins with a hospital corridor. Her parents are waiting at the end of it, smiling, and she and her husband rush to meet them.

“The baby in my arms wriggled as if she were plugged into my own excitement. The disappointment of years of infertility treatments and unanswered prayers melted away,” she wrote.

Her parents embrace her and the baby, and there are tears of joy and laughter.

But then the scene melts away.

It was only a dream.

Or was it more?

Twelve years before, Dragomir had been diagnosed with polycystic ovary syndrome. At one point, she told her husband Dale: “I want to stop hoping. It hurts too much.” But not long after her doctor told her she would never get pregnant, the dream occurred.

Then on New Year’s Day 1990, her hometown newspaper in Greenville, North Carolina, featured a heartbreaking photograph of a wide-eyed Romanian baby staring through the slats of a metal crib, his hands gripping the bars as if it were a a cage.

“The image seared itself into my soul,” she wrote.

She thrust the newspaper at her husband and said, “We have to do something about this!”

Her husband’s parents had come to this country from Romania in the early 1900s, and his surname helped open doors as the couple navigated a maze of regulations to adopt a child from the former Soviet Bloc country.

But when they traveled to Romania, they found that any semblance of a legal order had collapsed along with Communism.

Discouraged, they knelt and prayed for a little girl, and they agreed to try for 10 more days before heading home.

On the ninth day, they got a phone call. Their prayers had been answered.

As they returned home, waiting at the end of a corridor in the airport were her parents, beaming, just as in her dream, ready to embrace her and baby Jana.

“Thirty years ago today in a Romanian court room, I became a mother when God gave us the most beautiful, perfect girl anyone could want,” she wrote.

That date “will always have special meaning to our family as we celebrate the goodness and power of God,” she wrote.

She then provided a link to the Amazon page where people can purchase “Listen to Your Dreams,” with her entry.

A month ago, Jana gave birth to the Dragomirs’ first grandson, a little boy named Samuel.

His birth has brought back memories of her own blessing.

“There is no doubt in my mind it was from God,” the author told the Journal.

She said the dream happened when she didn’t want hope anymore, but as often happens, God had other plans.

“I just really believe that God gave me the strength to encourage me,” she said, and she shared her story because she wanted to encourage others.

Not all dreams are from God, Dragomir said, but the Bible is filled with examples of God using dreams to speak to people, to warn or encourage them, or change their direction.

This wasn’t the only dream she ever had that she believed was a divine communication, she said.

“I believe in the supernatural because I’ve experienced it,” she said. “It’s one of the things that drives my faith.”

This is the fifth story Dragomir has published in “Chicken Soup for the Soul,” a series of more than 250 titles that have sold 100 million copies in the United States and Canada.

Dragomir is an award-winning writer whose work has also been published in Spark magazine and other publications, and readers of The Jessamine Journal will recognize her as a former columnist.

She is a graduate of Jessamine County High School and Asbury University, where she earned a degree in social work. She and her family live in Wilmore, her hometown.

She has a passion for reading historical romance novels featuring Scottish and English knights and castles, and has written that kind of book, “Ravenwood,” which she is trying to get published.

She was selected the 2019 Writer of the Year by Serious Writer Inc. for two of her entries, one fiction, the other nonfiction. She also won honors last year at the Blue Ridge Mountains Christian Writers Conference and is currently a finalist for the 2020 Genesis Contest of the American Christian Fiction Writers in the historical romance category. Winners will be announced Sept. 18.

She and her husband Dale, who is the pastor of Wilmore Christian Church, formed The Dragomir Group to offer websites and design services to writers, and she writes a newsletter, “Writers LifeHacks” at www.writerslifehacks.com

Her blog is at www.rhondadragomir.com.