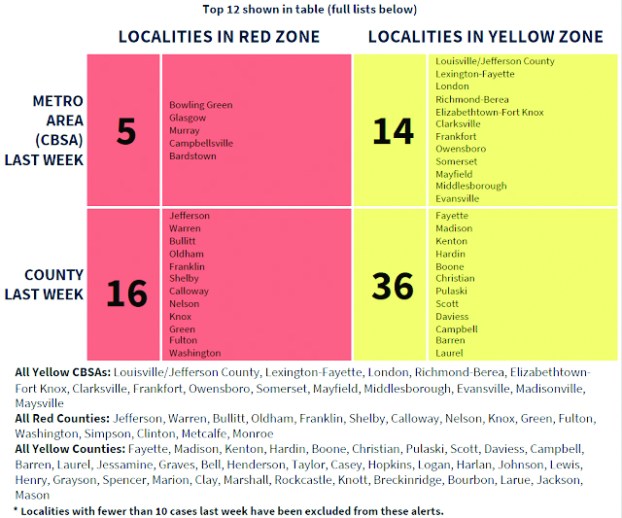 Kentucky got a better report from the White House Coronavirus Task Force Monday, with 52 counties in danger zones for the reporting week of Aug. 15-21. The previous week, 63 of the state’s 120 counties were on those lists.

Still, Jessamine County is listed in the yellow zone.

Sixteen counties were in the task force’s “red zone” for places where new cases of the virus numbered more than one per 1,000 residents and the share of residents who tested positive for the virus during the week was greater than 10 percent, with the other in the red zone.

The report put 36 counties in yellow, down from 43 last week.

Statewide, the report says Kentucky had fewer new cases and a lower positive-test rate than it did last week. It had 89 new cases per 100,000 population in the past week, compared to a national average of 93 per 100,000.

Local author featured in ‘Chicken Soup for the Soul’

Have you ever woken from a dream with the feeling that it’s somehow real, that Someone was speaking to you?... read more