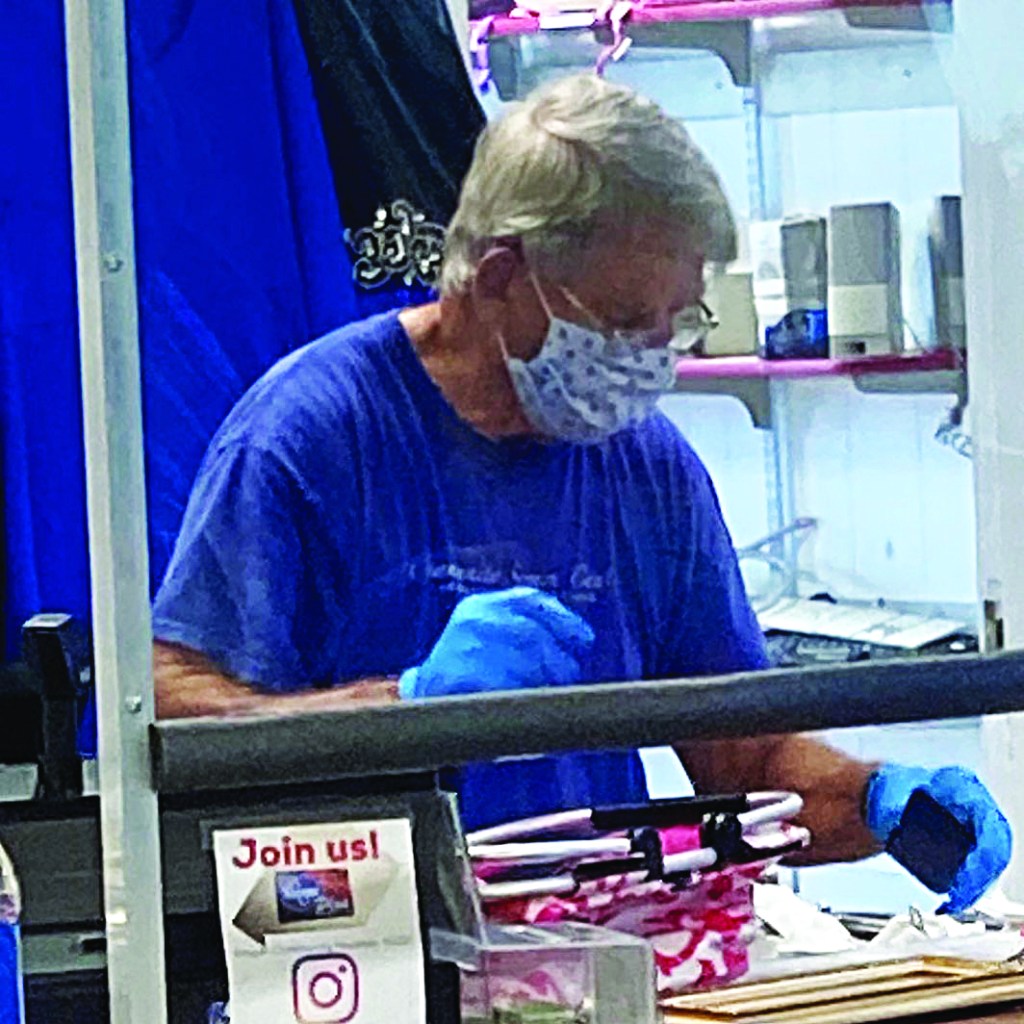 Tom Harper has spent many years work with the Community Service of Wilmore, including as the manager for the thrift store. He recently retired from that post. (Photo submitted)

The board of directors of the Community Service Center of Wilmore – High Birdge recently recognized and honored Tom Harper upon his retirement from his position as manager of the thrift store.

For more than 15 years,  Harper has played a vital and integral role in the development of the CSC and the thrift store.

“Through a number of different roles including volunteer, board member, board chair and thrift store manager, his dedication and involvement has had significant and long-standing impact,” according to a press release from the organization.

Harper first became aware of the work of the CSC when he began dating Jan Osborne in the spring of 2003. She was very involved in the CSC, having served in different capacities beginning in the mid-1980s.

Harper was elected to the board in May 2003. He and Jan married that August, and he began volunteering in the thrift store by 2004.

At that time, the CSC and the thrift store were located above the Police Department in Wilmore.

Harper immediately saw that improvements needed to be made and went to work on them. He and other volunteers painted the cash register area and the stairwell, hung new window sheers, added new safety strips on the steps and renovated shelving.

The location of the thrift store was always problematic, according to the release. The steep stairs made it difficult for healthy people to navigate, let alone those with disabilities.

As head of the Relocation Committee, Harper began researching relocation of the thrift store, and for several years, one location after another was explored and dismissed.

In 2008, he was elected president of the board of directors, a position he held through 2013.

In 2012, he and others began discussions with the Wilmore United Methodist Church for a possible move into their Clark Chapel basement. The move was finalized and took place in May 2013.

With a more accessible location, the thrift store has been able to increase its income and therefore better serve the community.

The new thrift store location also allowed for a more pleasing layout. Display fixtures were donated and/or purchased from store close-outs and a decorator’s expertise solicited.

“Much in part to Tom’s leadership and efforts, the current thrift store has the look of an inviting retail space,” the release states.

This necessitated his resignation from the board. At the January 2014 meeting, he resigned from the board and went to work as the thrift store manager, for the meager beginning sum of $50 per week.

The list of his management responsibilities runs to five pages. His main duties included keeping sales records for the thrift store and managing its more than 30 volunteers, but he also did many other tasks that fall to a store manager.

Among other things, he developed a volunteer manual and procedures for running the store efficiently.