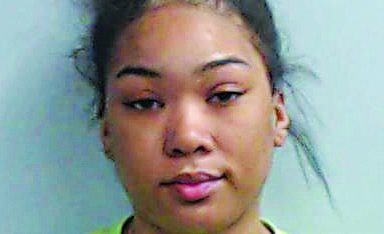 Arrest made in homicide of Nicholasville woman

Lexington Police and U.S. Marshals arrested a woman Monday and charged her with killing a Nicholasville woman a year ago.

According to Lexington Police, 23-year-old Markeeta Campbell was charged with one count of murder for allegedly shooting 30-year-old LaPorscha Stringer while she sat in her car.

When she stopped for a red light at the intersection of Nicholasville Road and Wilson Downing Road, a dark-colored car pulled alongside while a person in the vehicle fired multiple shots at Stringer’s car.

Stringer was transported to the hospital, where she later died from her injuries.

Witnesses said the suspect’s vehicle fled toward Dillard’s at the Mall.

Campbell is being held in the Fayette County Detention Center on a $500,000 bond, according to the jail website.

According to online court records, Campbell was arraigned Tuesday afternoon in Fayette County.

A Nicholasville man felt like a million bucks this week after he discovered the Powerball ticket he had stashed away... read more