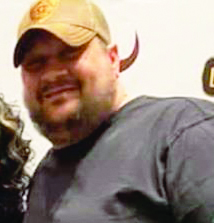 As law enforcement continues to search for a Garrard County man accused of passing bad checks throughout the region, officers recovered about $24,000 in stolen property from the suspect’s home.

Police throughout central Kentucky are looking for William Steele, who is suspected in writing bad checks for zero-turn lawn mowers and other equipment. According to the Jessamine County Sheriff’s Office, Steele then sells the items for cash.

Friday, the JCSO said detectives recently executed a search warrant at Steele’s home. Inside, they recovered stolen property valued at more than $24,000.

The sheriff’s office is also looking for a Hustler Fastrrac 60 zero-turn mower, according to a Facebook post.

JCSO Lt. Anthony Purcell said previously he was aware of Steele writing one check in Jessamine County to but a mower earlier this month. Steele is also believed to have written similar checks in Winchester, Bardstown, Lexington and Beattyville. The total amount of stolen property was estimated at $30,000, he said.

Anyone with information on the mower or Steele is asked to call the Jessamine County Sheriff’s Office at 885-9512.