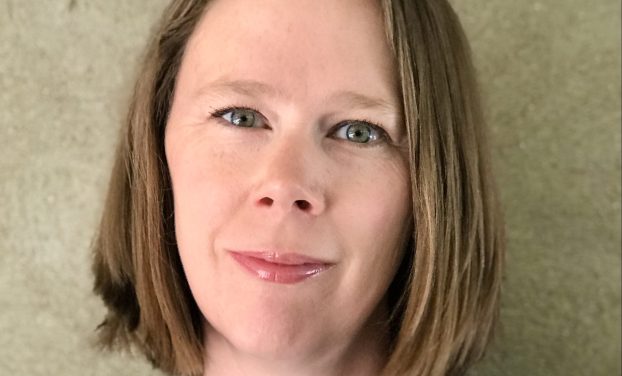 SNYDER: Sometimes you find clarity in the chaos

Am I the only one who has found complete clarity while sitting in a jacuzzi tub?

I was on a beach vacation with my three children. The older was occupied, but the two youngest were having their nightly bath, and on vacation, the sole purpose of the nightly bath is to clog up the drain of the condo you don’t own with the sand that you missed down by the shore because you’re trying to hurry and get out of all the other families’ way.

Whatever. That is besides the point.

So, I thought, “Hey. Wouldn’t it be fun to put on my bathing suit and get in this giant jacuzzi tub with the kids, fill it with bubbles and play?”

We’ll make bubble beards, bubble mohawks and blow them at one another. They will spill unto the floor, and we’ll all laugh. Sounds like a good time, had by all, right?

Well, you may have guessed it, but I’ll admit that no, it was not fun.

The kids were throwing bubbles in one another’s face; they were screaming, very loudly just for fun.

The tub was so slippery I was playing lifeguard the whole time.

I was paranoid that their little fingers were going to get stuck in the holes shooting out the water because all they wanted to do was stick stuff in it.

Basically, I was on safety patrol; I should have been wearing a badge.

During this whole debacle, a photo was taken of me, sandwiched between my two giggling children.

I was laying there in the tub  with quite the expression. An expression much like the one a person may have when they are staring off into space and another person is waving a hand in front of their eyes saying “Are you in there?”

Well, yes, I was in there, and I was having a specific realization. A realization that said, “Accept it. You are a mom of three children. Your Jacuzzi baths will not include relaxation, candles, a glass of wine or a brief moment to breath. You will forever and henceforth put someone else’s needs above your own. But, despite the stress, it will be wonderful, and you wouldn’t change it for a thing. Not a single thing.”

Hello to the readers. You are listening to a story told by me, Jessica Snyder, and this is my first ever addition to The Journal.

Go me, and thanks for reading up until this point. Don’t stop now.

I have lived in Jessamine County most of my life, which I continue to do. If you’ve been around a while, you may remember me as Jessica Owens or even Jaguar Jessie. That’s right!

I work at the Jessamine Early Learning Village, which is the exact same building where I earned that nickname that will apparently be with me forever. (For those a little lost, a short back story: in middle school, I read the morning announcements over the intercom using the name Jaguar Jessie. Alliteration at its best.)

You’ll be pleased to hear that I occasionally still “report live from the administrative office.”

You may also be interested in the fact that I now know that the Pledge of Allegiance does not include the phrase “One nation, under guard.” Thank goodness guard and God kind of sound alike.

I also have come to find out that Washington does not have an R after the A, so I now pronounce that correctly. Washington. Not WaRshington.

I graduated from East Jessamine High Sschool in 2002, the first graduating class that attended all four years in the current building.

Then, it was on to the University of Kentucky. Two degrees and a teaching certificate later, I now get the privilege of teaching youngsters in the community I reside, and I love it.

I’m married with three lovely children. My oldest daughter is 9, my middle daughter is 4 and my son is 2.

If you see me mommin’ out and about in the community, we’ll probably be at our amazing public library (shout out, JCPL!), hiking or getting Hawaiian Ice at Lo-Rae’s.

If I ever get a moment to myself, I read (last book was “28 Summers” by Elin Hildergrand), bake and garden.

I have a goal to tell the whole mommy truth in my column with some humor thrown in (a lot), and I sure hope you enjoy!

P.S. For the rest of vacation, the bathtub was called the pool.

WATERS: Return to bustling economy rather than turning to D.C.

It’s not a coincidence that the same folks who wrongly predicted Kentucky would face a $500,000 budget shortfall at the... read more