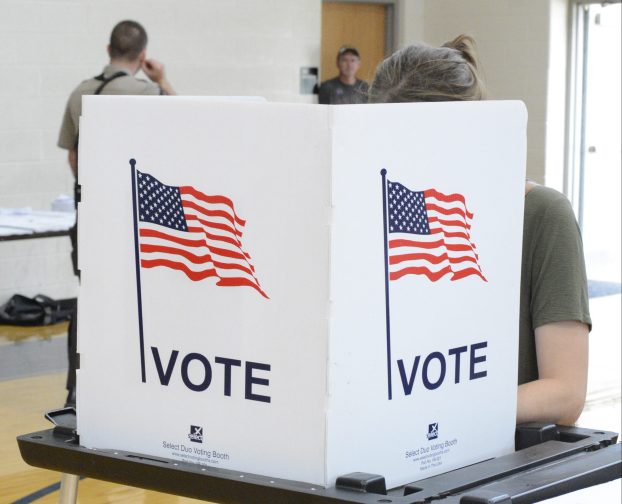 Jessamine County Clerk Johnny Collier said he hoped to expand to six polling places for the fall election to accommodate the expected turnout.

There were four public voting locations in the June primary, instead of the usual 36 precincts throughout the county. Because of the ongoing coronavirus pandemic, absentee voting was increased and in-person voting was greatly reduced.

On Friday, Gov. Andy Beshear and Secretary of State Michael Adams announced new procedures for the Nov. 3 general election, which include continued absentee voting where anyone can request a ballot, early voting and at least one voter “super-center” per county where anyone can vote in person.

The plan also allows for early voting beginning Oct. 13, where anyone can vote early for any reason. County clerks offices are required to provide a safe location for early voting every week day and four hours on each Saturday.

“The difference this time is they’re not saying people should have an appointment,” Collier said.

Adams said the portal should be available for ballot requests in the near future.

“It’s basically very close to what happened in the spring,” Collier said. “They can still go to the portal like they did in the spring.”

Collier said he is still waiting for more information from the state.

“They have not given us the the complete lost of any changes yet,” he said Tuesday. “We’re assuming and hoping in the next week or two we’ll have some definite answers.”

The procedure for the fall election continues with absentee ballots for any one with or afraid of spreading COVID-19.

The Nov. 3 ballot includes the presidential race as well as a number of local races, including the Nicholasville city commission, state representative and three seats on the Jessamine County Board of Education.

Jessamine County authorities, along with those in several neighboring counties, are searching for a man who allegedly wrote a number... read more