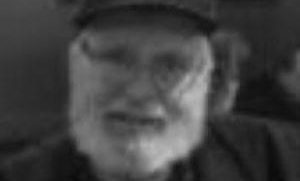 Paul Vincent DeMichele, 71, loving husband of Linda Griffin DeMichele, of Hickory Hill Road, Nicholasville, died July 29, 2020. He was born in Boston, Mass., on Aug. 21, 1948 to the late Anthony R. and Mary Boucher DeMichele. He was a self-employed locksmith and he sat on the Board of Adjustments for the City of Nicholasville for 24 years. He was an avid marksman who won a state championship and was a member of St. Luke’s Catholic Church. Paul is survived by two sons, Marc Vincent DeMichele and Matthew Todd (Julia) DeMichele, one sister, Joan (Dan) Johnson, two brothers, Ralph (Linda) DeMichele and John (Colleen) DeMichele and five grandchildren, Christopher, Nicholas, Caleb, Luke, and Adeline DeMichele and several nieces and nephews. Memorial services were 7 p.m. Monday, Aug. 3, 2020 at Betts & West Funeral Home with Father John Moriaty officiating. Visitation will be held Monday from 5 to 7 p.m. at the funeral home. In lieu of flowers, donations can be made to St. Jude Children’s Hospital. Online guestbook available at www.BettsandWestfuneralhome.com.