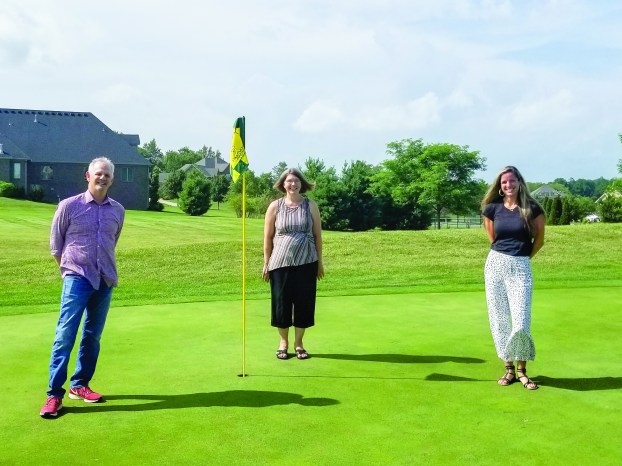 While many things have had to be canceled because of the coronavirus, there is one upcoming event the community can look forward to, and they can help a worthy a cause in the process.

The Family Center’s inaugural golf scramble is set for Monday, July 27, at Champion Trace in Nicholasville.

TFC Director Tara Hall said the event was supposed to take place in April, but the spread of COVID-19 and mandatory shutdowns have forced the Wilmore nonprofit to push the event back several times.

The Family Center, located at 334 E. Main St. in Wilmore, was founded in 2015 as a “haven for busy families looking for activities and resources,” according to a press release from the nonprofit.

The center serves all types of families, with resources and programming for expecting parents to grandparents and every stage of family in between.

“The Family Center has enhanced its facility and steadily increased its visibility since becoming a 501c3 nonprofit organization in 2017,” the press release states. “We now have an average of 400 visitors each month with a few peak months of 700.”

But, like many nonprofits and business of all sizes, The Family Center has had to close its doors because of the pandemic, which is why a fundraiser is key right now, Hall said.

“We have yet to make a lot of corporate and business partners in the four years we’ve been open,” Hall said. “We are 100 percent community funded.”

Hall said planning the scramble has allowed her to make more connections with businesses while bolstering support for her organization.

“We feel like we know the families in the community,” she said. “But because we’ve been focusing on the meat and potatoes of running a nonprofit, we haven’t been able to get out and meet the business folks. This has been a great way to raise money and make relationships that are so important to nonprofits.”

The golf scramble will begin at 11 a.m. with lunch catered by Chick-fil-A and dessert from Nothing Bundt Cakes.

There will be a shotgun start at noon. Registration begins at the clubhouse at 11 a.m.

A foursome can register for $500, which includes the Big Putt Contest.

The winner of the Big Putt Contest will receive a $3,000 cash prize supplied by Wilmore City County Member Jeff Baier.

Car Town Kia has sponsored the hole-in-one contest, with the winner receiving a new vehicle.

Hall said she is especially thankful for Baier’s help in planning the event, and for the opportunity to work with what she considers the premier golf course in the community.

“We began looking around for a golf course, and because this was our first outing, we wanted to make it a high-quality event,” she said. “In our minds, there’s not a higher quality course in Jessamine County. We wanted it to be a really nice day for the golfers as much as a fundraiser.”

Funds raised from the scramble will go directly to programming offered at the center.

“The funds we raise from our golf scramble are even more needed than before,” according to the press release. “Due to the many restrictions, we cannot provide hospitality to families, host playgroups, provide workshops or meeting space, so we have been forced to innovate how we continue our promise to Central Kentuckians: ‘We’re Making Time for Your Family.’ We hope to provide more hands-on resources and instructions for families to engage with each other during this trying time. We also need funding to begin podcasting and help provide information and encouragement to families who can no longer come to our facility.”

Hall said there is still time for golfers to sign up and for businesses to sponsor the scramble. There are sponsorships ranging from $250 to $1,500. For more information, email familycenterky@gmail.com.

With nine new cases of COVID-19 reported in less than a week, Jessamine County has cleared the 100 case mark.... read more