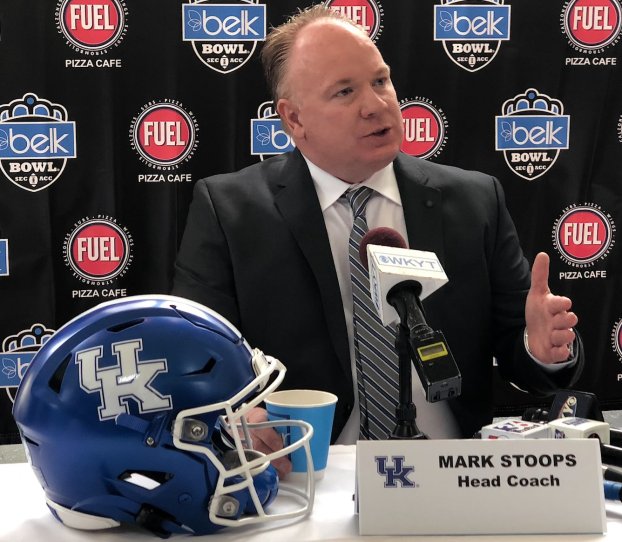 Tests reveal six Kentucky football players had coronavirus in past

LEXINGTON — The Kentucky men’s basketball team will begin a COVID-19 screening process on Sunday before returning to activities prior to the July 4 holiday.

The only staff personnel who will be present at the workouts will be the school’s athletic development and performance coaches “for the safety of student-athletes, including strength and conditioning staff, athletic trainers and nutrition staff.”

Other staff members, including coaches in each sport, are working remotely with the players to ensure they are following the right protocols.

The football team began its return to phased activities on June 8 and has been participating in voluntary workings for nearly two weeks. A total of 106 student-athletics were tested for the coronavirus and six of those produced a positive result for a past infection through antibody tests.

The six unidentified players completed an evaluation process and were eventually cleared to participate in the workouts. The screening process included a temperature check, and completing a COVID-19 symptom questionnaire.

Defending national champion Louisiana State University confirmed that at least 30 players have been quarantined after testing positive for the coronavirus.

“This is what we anticipated. We planned for this. Our plan is working the way it should,” Senior Associate Athletic Director of Health and Wellness Shelly Mullenix told The Associated Press, adding that none of the players have exhibited “significant” symptoms.

“We haven’t seen anything even close to a bad illness, but we’re prepared for that,” Mullenix added. “What we have right now is quite manageable.”

The Kentucky volleyball team will return in two groups and began coming back to campus on Monday. The mens’ and women’s soccer teams and women’s basketball team are scheduled to return to activity next month.

Maxey has been projected as a first-round draft pick by many draft analysts, while the other former Kentucky players are considered to be chosen in the later rounds of the draft.