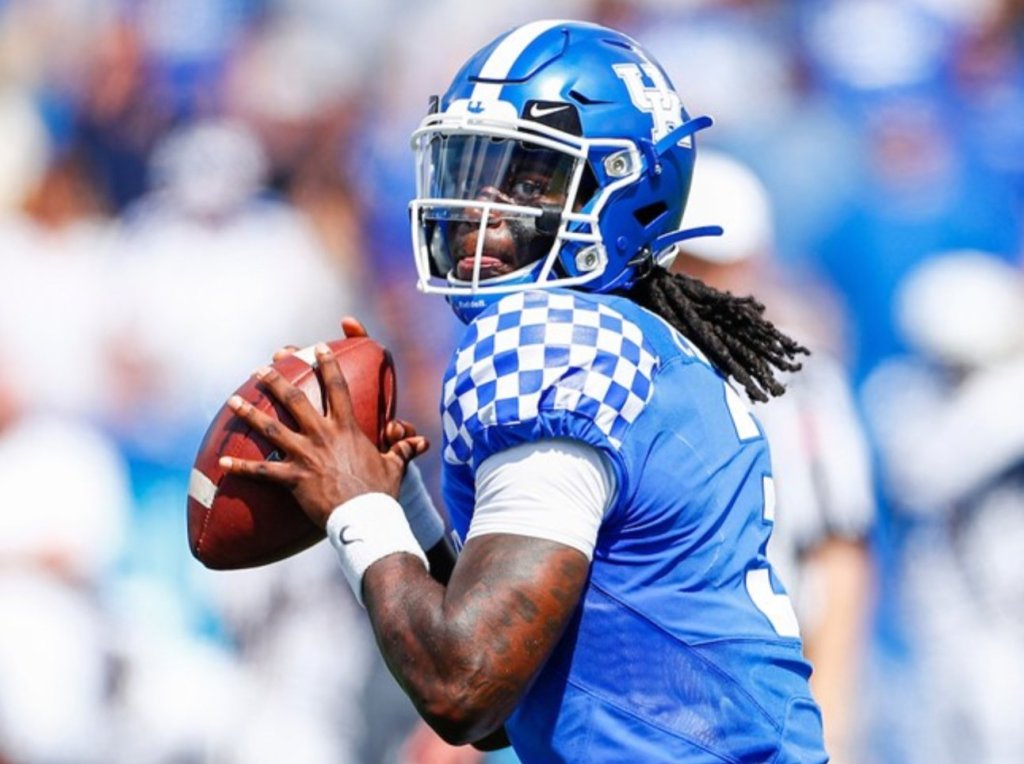 Kentucky quarterback Terry Wilson and the Wildcats will open the season against Eastern Michigan on Sept. 3 at Kroger Field. (UK Athletics Photo)

The Wildcats were scheduled to open the season against Eastern Michigan on Sept. 5 but the contest has been moved to Sept. 3 at Kroger Field to accommodate a crowded weekend that includes the 146th edition of the Kentucky Derby slated to run on Sept. 5 at Churchill Downs in Louisville. Kickoff will be announced at a later date.

The ongoing COVID-19 pandemic forced Kentucky Derby officials to move the yearly race from the first Saturday in May to September. It marks the first time since 1945 and the second time in history the Derby has been moved outside of the month of May.

For just the eighth time in school history, Kentucky will play a contest on Thursday and the first since Oct 15, 2015 when the Wildcats played host to Auburn.

Kentucky is 2-0 in games played against the Eagles and defeated Eastern Michigan in 2017 and 2019.

Although spring practice was mostly wiped out because of the coronavirus, Kentucky coach Mark Stoops feels good about his team.

“It’s always a work in progress and we’re constantly trying to evolve and do better things, do the best we can,” he said. “I don’t think there’s any doubt it’s just like the recruiting process. These guys got to go back. The guys we are recruiting are juniors in high school right now, and sophomores, and freshmen. They don’t know anything about Kentucky other than going to the bowl games and winning the last two and playing exciting football, so that helps us.”

Under Stoops, the Wildcats have made four consecutive appearances and defeated Virginia Tech 37-30 in the Belk Bowl last December in Charlotte. Stoops said the team’s culture is starting to turn the corner.

“(The) climate is easy to change, (but the) culture is different,” Stoops said. “(The) culture is in our community that goes back 100 years but I don’t want to hear any of that anymore. We’re going forward and we want to continue to push forward and just say I do appreciate the support.”

Stoops added that he wants to see the team’s support to “go to another level” moving forward.

“I ask the fans to continue to support us, to continue to buy season tickets, to make that investment,” he said. “When I say it takes all of us, please don’t take it as a cliché. It’s true, it takes a great investment by a lot of people to be consistently successful in the SEC and that’s what we want to do.

“We need the fans, we need the people in the upper decks, we need the stadiums full and we’ll continue to take it to another level. I promise our coaches and our players are working that way and we’re proud of the work we’ve done. We know that there’s a lot more to do and we’re excited about that challenge but I also challenge other people to continue to invest in it because we need it.”

Former Kentucky quarterback Tim Couch has been named to the 2021 College Football Hall of Fame ballot announced by the National Football Foundation and the College Hall of Fame.

Couch played at Kentucky from 1996-98 and was the top pick in the 1999 NFL by the Cleveland Browns. Couch was named Southeastern Conference Player of the Year after throwing for 4,275 yards and 36 touchdowns during his junior season with the Wildcats.

Couch led Kentucky to new heights during his three seasons and helped lead the Wildcats to their first New Year’s Day appearance in 47 years in 1999, a 26-14 loss to Penn State in the Outback Bowl.

Although a highly sought prep standout out of Leslie County, Couch opted to play for the Wildcats.

“I chose to play for my home-state school because I grew up a Kentucky fan and I dreamed of playing for the Cats my whole life,” Couch said. “I wanted to stay home and make n impact for the school I grew up rooting for.”