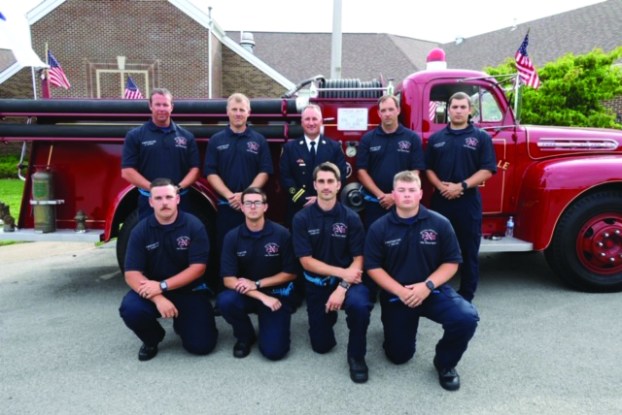 The Nicholasville Fire Department recently added to its ranks and its fleet, after eight graduated from its latest recruit class.

Fire Chief Mark Case said the additions, including a new ladder truck, were partially to help staff the new Station 4 near Brannon Crossing. Case said he hopes to be able to occupy the new station later this month, but a date has not been set yet and workers are still finishing a few small items.

“We’ve had (Quint 4) for several months, but we were waiting for a good time to dedicate it,” he said.

The department’s Station 1 and Station 2 are on opposite ends of Main Street, and Station 3 is on Elizabeth Street.

Station 4, the city’s first new fire station in about 20 years, is located at the far end of Jessamine County in an area that has growth significantly in recent years. At the groundbreaking in 2019, Case said the new station would cut response time to that part of the city in half.

Station 4 will be 7,209 square feet with 4,100 designed for office and living space. There will be two drive-through bays and enough space for four vehicles.

COVID continues to spread in Jessamine

Another eight people in Jessamine County have the coronavirus, bringing the county’s total to 85 cases. The new cases were... read more