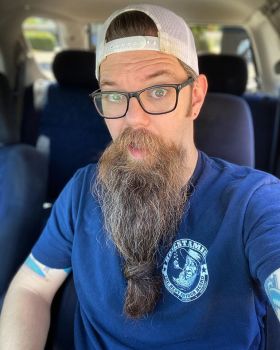 Aaron Johnston, a cohost of "Talking Beards" and emcee for the contest, is the brother of Tara Hall, who runs The Family Center in Wilmore. (Photo submitted) 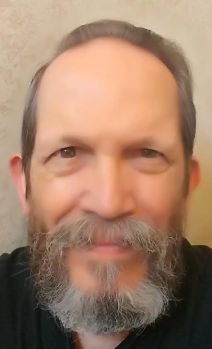 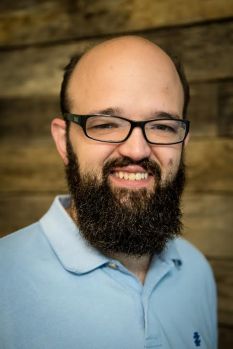 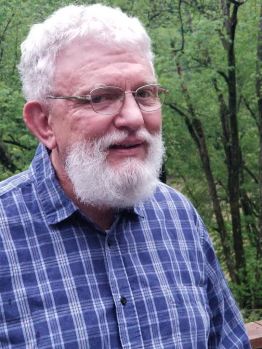 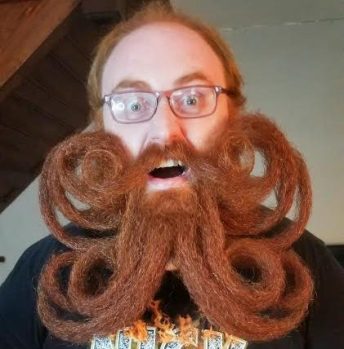 Sean Logie from Ann Arbor won best of show in the beard contest to benefit The Family Center. (Photo submitted)

And the winner is …

Sean Logie of Ann Arbor, Michigan, won the Best of Show in an online beard contest Saturday night, and Brett Maxfield of North Augusta, Georgia, was the “crowd’s favorite,” but the real winner was the little community center on Wilmore’s Main Street, which was the beneficiary of the $8,000 raised by the 177 contestants.

The contest, hosted by the Talking Beards online show run by Aaron Johnston of South Carolina and Scott Sykora of Ohio included winners in 15 different categories. It was open to guys with magnificent mustaches, wonderful whalers, grand goatees and every other kind of whiskers imaginable.

“There were some crazy-looking ones,” Johnston said.

Johnston, the 2017 World Beard and Moustache Association goatee champion and brother of The Family Center Director Tara Hall, was the host of the contest, which was featured on his and Sykora’s show on Facebook Live, YouTube and TalkingBeards.com, said the event attracted participants from as far away as England and Canada.

“It was a good contest,” he said, and the first one the guys, who also do a regular podcast, had ever put on themselves.

“We were learning on the fly,” he said.

They used the Facial Hair League’s app, and people could vote for their favorites and give online through PayPal. Images of the top three winners in each of the 15 categories were posted online.

The contest raised $4,000, and a matching donation by “Talking Beards” sponsor Honest Amish, a beard products company, put them at the $8,000 mark.

Although there were no winners from Kentucky, there were three participants from Wilmore who took part — Johnny Adkins, who works for Asbury Theological Seminary; Kirk Fraser, a grandfather and supporter of the center; and John Hall, Tara’s husband.

They all enjoyed being part of it even if they didn’t take home titles, Hall said.

It’s one thing for people who are part of the family support center to contribute, but for “complete strangers” from throughout the country and around the world and a company they’ve never had any involvement with to give so generously is something altogether, Hall said.

Hall said the contest proceeds come on the heels of a record-setting fundraiser that brought in $4,000, and starting Tuesday, they were hoping to raise more for Kentucky Gives Day. Then in May and June, they do an annual Friends of The Family Center program in which supporters pledge monthly donations starting at $20.

Hall said it remains to be seen when the center will reopen after the pandemic. It could be treated as a day care center and open when they do, or reopen its library when public libraries open, or be able to offer its yoga class when gyms are allowed to open.

She said she isn’t going to bring people back in until she feels it’s safe for the children and families.

It has been frustrating to be closed during the pandemic, although it has been one of the food distribution sites for students by the Jessamine County Schools this winter and spring.

“A lot of what we do is bringing families together,” she said.