As economy begins to reopen, Jessamine businesses adapt to their new reality 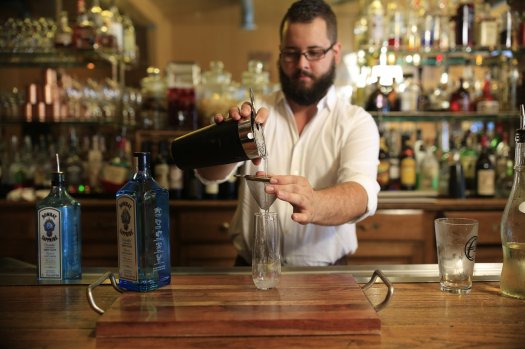 Austin Lark, bartender and server for the Euro Wine Bar in Nicholasville, pours a drink. He is one of two employees who have been temporarily laid off while the restaurant has been closed. (Photo submitted) 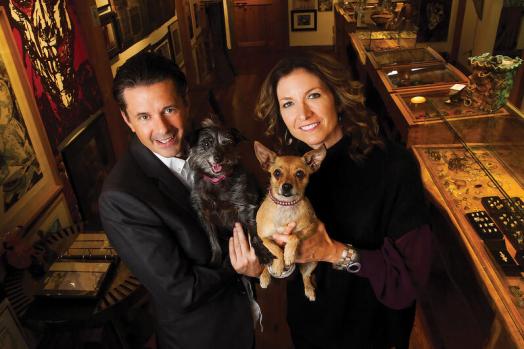 Libby and Danny Barnes have owned Alternative Jewelry on Main Street for 30 years. They’ve been closed since mid-March, but have been catching up on making jewelry for orders they had before then. 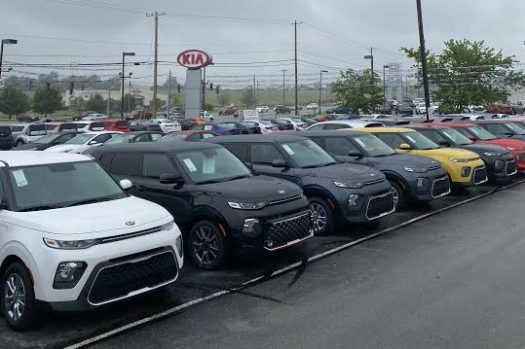 Car Town Kia in Nicholasville will be able to allow customers back into its showroom on May 11, but strict social distancing rules must be enforced, and sales people won’t be able to go with customers when they test drive vehicles. (Photo submitted)

Gov. Andy Beshear has given some businesses the go-ahead to reopen in the next three weeks, but it won’t be business as usual.

Now that the spread of the novel coronavirus appears to have begun to plateau, according to Beshear, he has established a tentative timeline for getting back to normal — or whatever normal will be in the near future.

Doctor’s offices and health clinics were the first to reopen, and beginning May 11, car dealers may allow customers to return to their showrooms, construction companies and non-essential manufacturers can get back to work and professional services, which include attorneys, accountants and real estate agents, can reopen their offices at 50 percent capacity, although the governor would prefer people continue to work from home if they can.

On May 20, retailers can reopen, with stringent social distancing rules in place, and on May 25, barbers, hair stylists and cosmetologists can welcome the return of customers.

Restaurants, however, won’t be able to reopen their dining rooms until June at the earliest.

Charlie Hensley, who owns the Euro Wine Bar on Main Street and the Public Well on York Street, has been closed except for a little catering, and he doesn’t see how he can earn enough money with the social distancing guidelines the state expects when restaurants reopen.

“About 49 people is all we can have in here, but if I do the six feet apart, I’ve done the math, I can have three tables in my whole bar,” Hensley said, referring to the Euro Wine Bar. “I can’t run a restaurant that way.”

“That’s serving 12 people at a time. How can you make a living?” he asked.

Hensley said the new rules require taking the temperature of each customer who comes in and wiping down the doorknobs after people have touched them. That isn’t practical for a restaurant and bar with two or three employees when a group of friends walk in, he said. That might work for Chick-fil-A, but not for a small establishment.

Bars and restaurants aren’t even in one of the phases outlined, he said.

Although Nicholasville has its share of big department stores, such as Kohl’s and Marshalls along Lexington Road and at Brannon Crossing, the downtown economy consists mostly of small merchants.

Libby and Danny Barnes have owned Alternative Jewelry on Main Street for 30 years.

They’ve been closed since mid-March, but have been catching up on making jewelry for orders they had before then. When they are allowed to open their shop on May 20, they aren’t sure what they will have to do to comply.

“We’re separated by our showcase, and we will keep our distance,” Danny Barnes said. “I can see us wearing masks, and I think the customers probably will as well.”

They’ll have to limit the number of customers, but they don’t get many in at one time anyway because the bulk of their business is custom work.

Even if they had a way to take customers’ temperatures, though, that doesn’t seem practical, he said.

“We’ll just have to see how it all plays out … but we’re looking forward to it,” Barnes said.

Nicholasville leaders and the Jessamine County Chamber of Commerce have established a task force to communicate with business owners and managers about what the state public health guidelines are and come up with a strategy of action for rebooting the local economy.

City Commissioner Alex Carter has been a leader in that effort.

“Everybody’s objective should be to stay healthy themselves, but as well, to have respect and compassion for their neighbors,” Carter said.

Carter is a real estate appraiser for banking institutions and owns and manages rental property, and he doesn’t have many people walk into his office, so he won’t be greatly affected by the new rules that take effect for professional office businesses next Monday. But he said he does take safety precautions when he visits properties to do appraisals.

Nicholasville Mayor Pete Sutherland, also a member of the economic task force and a former owner of Sutherland Chevrolet in Nicholasville, was laid off from his job as sales manager at Quantrell Volvo in Lexington on March 24.

He’s looking forward to getting back to work, as many people are.

“There’s going to be a lot of restrictions,” he said.

Sales staff won’t be able to go with customers when they test drive cars, and they can’t allow several people in the showroom at one time.

So is almost everyone else.

The governor has offered some new details on guidelines for employers as part of his Healthy at Work initiative. They can be read at gov.status.egov.com/ky-healthy-at-work.