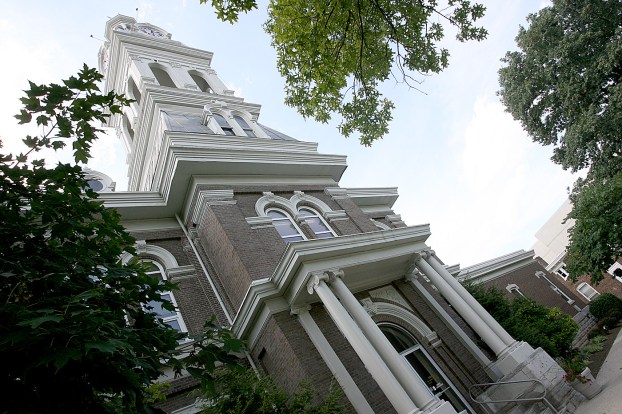 A problematic section of road will be repaired in the near future, after the Jessamine County Fiscal Court approved bids Tuesday.

The magistrates voted unanimously to approve the low bid of $21,200 from Ron Eldridge Excavating of Nicholasville for repairs on Lock 8 Road.

“The road is located immediately next to a stream, and the stream has undermined sections of the road,” Jessamine County Judge-Executive David West said. “It will always be a problem and always has been a problem.”

In past years, West said workers were able to repair the road from the stream, but they are prohibited from putting equipment in the water.

The road is still passable, he said, but there are partial lane closures in the affected areas.

There is no set start date, but work will begin as soon as the company is available, West said.

“It’s not in imminent danger,” he said.

The county received two other bids for the project, with a high bid of about $35,000.

In other action, the court accepted the Extension Service budget and approved a non-disclosure agreement for patient information between 911 dispatchers and Jessamine County EMS.

Gary Mazza of Nicholasville had never stayed the night at a hospital. That changed March 30 when he was admitted... read more