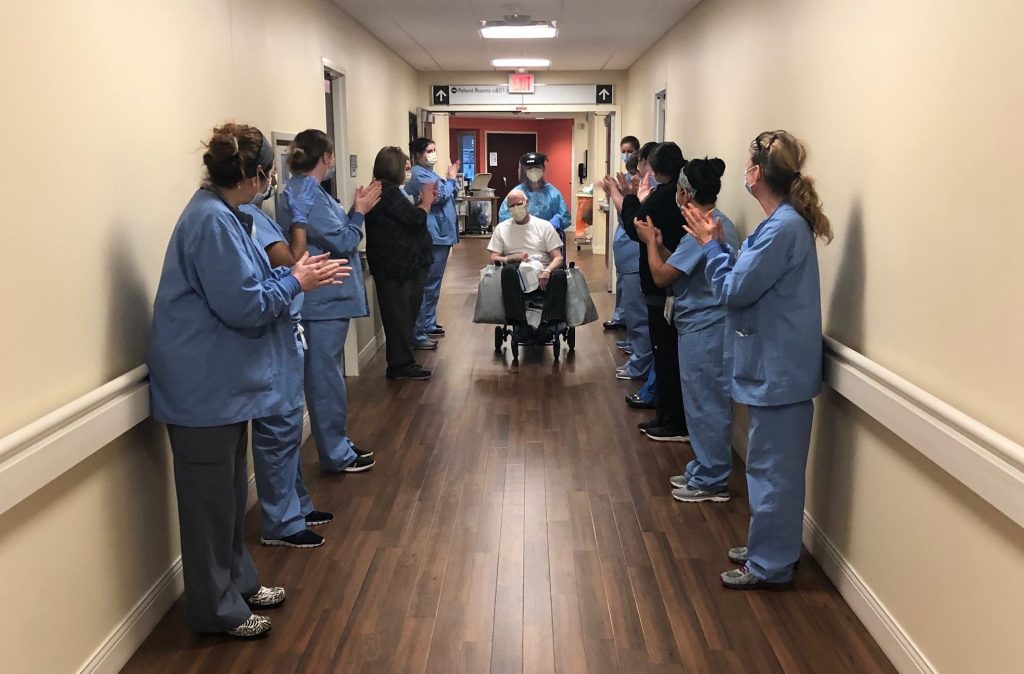 Gary Mazza of Nicholasville had never stayed the night at a hospital. That changed March 30 when he was admitted to Baptist Health Lexington after being diagnosed with COVID-19.

After seven days on a ventilator and two weeks in the hospital, Mazza, 73, a former vice president of sales at Lexington Family Magazine, was discharged Monday, April 13.

Now recuperating at home, he and his wife, Cindy, credit his survival to the dedicated team at Baptist Health Lexington and their family’s faith in God.

Mazza tested positive for COVID-19 on Wednesday, March 25, and was resting at home before things took a turn for the worse the following Monday as his fever spiked.

“The symptoms were really quite dramatic,” Gary remembered. “There were a lot of night shakes. I was shaking so much that I would sweat and shake at the same time. I had no idea what anybody was saying around me.”

Cindy drove Gary to the Emergency Department at Baptist Health Lexington, where he was admitted that day.

The couple, who will celebrate their 46th wedding anniversary Aug. 3, wouldn’t see each other for the next two weeks because of visitor restrictions to prevent the spread of the disease.

But the staff called Cindy every day with updates and to answer her questions.

“You guys make sure you take care of my sweetheart,” she would tell them.

Now resting at home, Gary says he doesn’t know how he contracted COVID-19.

He hopes everyone practices social distancing to stop the spread of the virus.

“The most important thing I think is that social distancing needs to be done. I think that’s so apparent. I think that’s one of the reasons why Cindy hasn’t shown any symptoms, and neither has her mother, who lives with us,” he said.

The staff still call to check in on the Mazzas, and Cindy recently sent this message to thank them all for their hard work to bringing Gary home.

“He is better, weak but gaining strength every day,” she wrote. “We know God was in this from the beginning and put you and the whole team in our lives to bring him back to me. We are so grateful. You all will forever be in our prayers.”