Schools out for rest of academic year 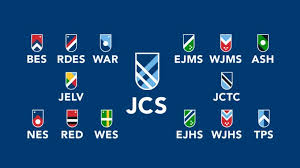 Jessamine County Schools Superintendent Matt Moore said he would ask the Jessamine County Board of Education to close the county’s schools for the remainder of the school year during a special called meeting today.

The governor and acting Commissioner of Education Kevin C. Brown then announced on Twitter they were recommending the schools remain closed for the rest of the 2019-20 academic year to mitigate the spread of the novel coronavirus.

Moore said in an interview soon after the call he was committed to following the governor’s recommendations in addressing the coronavirus crisis, so he would support Beshear’s decision and ask that the board vote to close the schools.

Although Beshear’s statement was presented as a recommendation rather than an executive order, Moore said, it would be highly unlikely for any school district to contradict the governor on the issue.

The school board meeting was scheduled for 6 p.m. Tuesday via Google HangOut, an online application that allows virtual meetings. The  board is not meeting in person because of coronavirus social distancing guidelines.

Early Monday afternoon, the Department of Education tweeted: “Following a conversation with @kycommissioner and @GovAndyBeshear, it’s been recommended Kentucky schools do not return to in-person classes for the rest of the 2019-2020 year. Our schools will continue @MyNTIky in order to reach 1,062 instructional hours. More info soon. #KyEd”

Early Monday evening, the Department of Education issued a news release saying the closure that began March 16 should continue even after Kentucky reaches phase one of the federally-recommended guidelines for reopening the state. The Governor’s Office then followed with a press release from Beshear stating he would not be able to recommend that the state resume in-person classes this school year.

In conjunction with the governor’s announcement, the Department of Education released a plan to maximize instruction during the COVID-19 pandemic. It allows districts to continue to use non-traditional instruction (NTI) time for the rest of the school year as districts attempt to reach the equivalent of 1,062 hours of classroom time.

“Our schools have been closed to in-person classes, but our schools have not been closed. This does provide you some certainty, though,” Brown said in a statement. “Here is something that we’re going to be able to do at the state level that I think will assist everyone.”

The COVID-19 Education Continuation Plan will allow districts to end the school year earlier than envisioned by the legislature — no later than May 29.

Senate Bill 177 had waived student attendance requirements and provided options for districts to finish by June 12.

Moore said, per the governor’s recommendation, there can be no in-person school gatherings, such as proms or graduation ceremonies during the time schools are closed. However, he said, he has talked with principals at East and West Jessamine high schools and Providence School about having either “parade-style” or “virtual” proms.