OUR VIEW: Kentucky should finally outlaw corporal punishment in schools

Kentucky has another chance this legislative session to do something it should have done many years ago: Outlaw corporal punishment in public schools.

This year’s legislative attempt to finally end the practice of allowing educators to spank or hit children looks like it has stronger legs than previous iterations. House Bill 22 passed the House and heads to the Senate for consideration on Friday.

In the 2018-19 school year, students were physically assaulted — with the blessing of our state government — 284 times, according to the Department of Education’s most recent Safe Schools Annual Statistical Report. In the 2017-18 school year, there were 452 incidents of corporal punishment; in 2016-17, there were 334. That’s more than 1,000 kids hit or spanked by teachers or school administrators over a three-year period. There were also more than 1,000 kids physically punished over the two years before that — 517 in 2015-26 and 574 in 2014-15.

The best thing we can say about those numbers is that they appear to be declining. Hopefully, that means more teachers are using more appropriate and far more effective methods for handling disobedience and bad behavior; and more districts are removing corporal punishment as an option they employ.

But just because schools may eventually fix the problem on their own is no reason for legislators not to fix it quickly and cleanly right now.

HB 22 uses very short and plain language to end corporal punishment in the Bluegrass State for good. It defines corporal punishment as “the deliberate infliction of severe physical pain on a student by any means intended to punish or discipline” and exempts any “spontaneous physical contact intended to protect a student from immediate danger” and “reasonable athletic and military training.”

Then, HB 22 would make the state law read simply, “School district employees, nonfaculty coaches and nonfaculty assistants … shall not use corporal punishment on any student.”

Corporal punishment should have been ended long ago. It’s proven to be an ineffective way of changing bad behavior — in fact, it can create many unwanted behaviors, as well as psychological problems for students who feel violated or embarrassed by the punishments. And it’s extremely harmful if a student who has ever been the victim of abuse at home is subjected to corporal punishment. Such students often already struggle to trust adults, and those trust issues can extend into adulthood if not dealt with appropriately. Abusing such students in school will only make them feel like there’s one less place in the world where they can feel safe.

This bill should be a home run; we hope it sails through the Senate and lands on the governor’s desk as quickly as possible.

Editorials represent the opinion of the newspaper’s editorial board. The board comprises publisher Michael Caldwell and Bluegrass Newsmedia editors Whitney Leggett and Ben Kleppinger. To inquire about a meeting with the board, contact Caldwell at 759-0095. 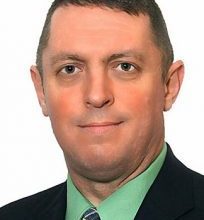 Skinner: Kentucky must untie hands of local officials to address our tobacco problem 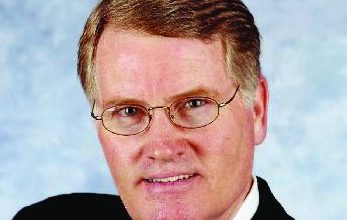