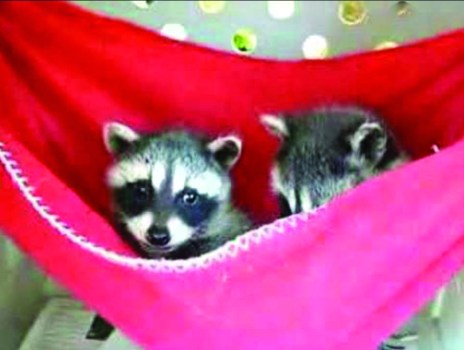 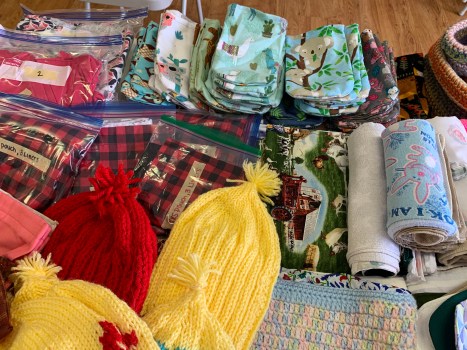 What began as an effort to help displaced and orphaned Australian wildlife rescued from devastating bush fires has turned instead into a craft project to benefit animal rehabilitation facilities in the Bluegrass.

First Vineyard, a Jessamine County winery, will host a Craft Fair for the Animals, partnering with Sugarshack Alpaca Farm, Floriculture and Realtor Amanda Richardson on Feb. 23 from 11 a.m. until dark. Crafters will be sewing, crotcheting and knitting items for animals such as nests, pouches, bedding, hammocks and toys, and distributing them to wildlife rehabilitation groups such as the Primate Rescue Center in Jessamine County, Country Critters Wildlife Rescue in Boyle and Mercer, Central Kentucky Wildlife Hospital in Madison County, Kentucky Wildlife in Fayette and several others in seven counties.

Wilma Clapp, who plans events for First Vineyard, said she and others had agonized over the plight of animals in Australia, but when they checked, they learned people had been so generous, the country no longer needed more items.

“They were overwhelmed, and they recommended, why don’t you reach out to your local people, because they could probably use them — and we did,” she said.

They learned there was a great need for everything from squirrel and opossum pouches to canvas or denim hammocks to wooden nesting boxes. They established a Facebook page through Animal Craft Rescue Guild of America and other groups to get the word out. As of last Friday, they had already collected eight to 10 boxes of stuff from across the country, and they’re getting help from senior citizens centers and a federal prison. About 10 volunteers had committed to coming to the crafting party to make more items to give away.

“I never dreamed all of these facilities would need all of this stuff,” Clapp said.

Bobbye Carpenter, who is a partner with Tom Beall in First Vineyard, said there will be tables set up in the conference room of the winery’s bed and breakfast for people to work on. Some will bring their sewing machines. Others will cut out patterns, crotchet or “pick and pack.”

“It does your heart good to know there are so many wonderful people in the world when we do something like this,” Carpenter said. “It’s really exciting.”

Clapp said people can come for an hour or stay all day — whatever they’re able to do to help.

But please, she said, don’t give money to the cause.

“We’ll just have to send it back,” she said.

For those who do come, there will be patterns, supplies, food, soft drinks and water (but no wine), and a licensed massage therapist will be there to do free, 10-minute massages.

Clapp said anyone who is busy or homebound on that Sunday and can’t come should contact her and someone will bring them what they need to do the work at home.