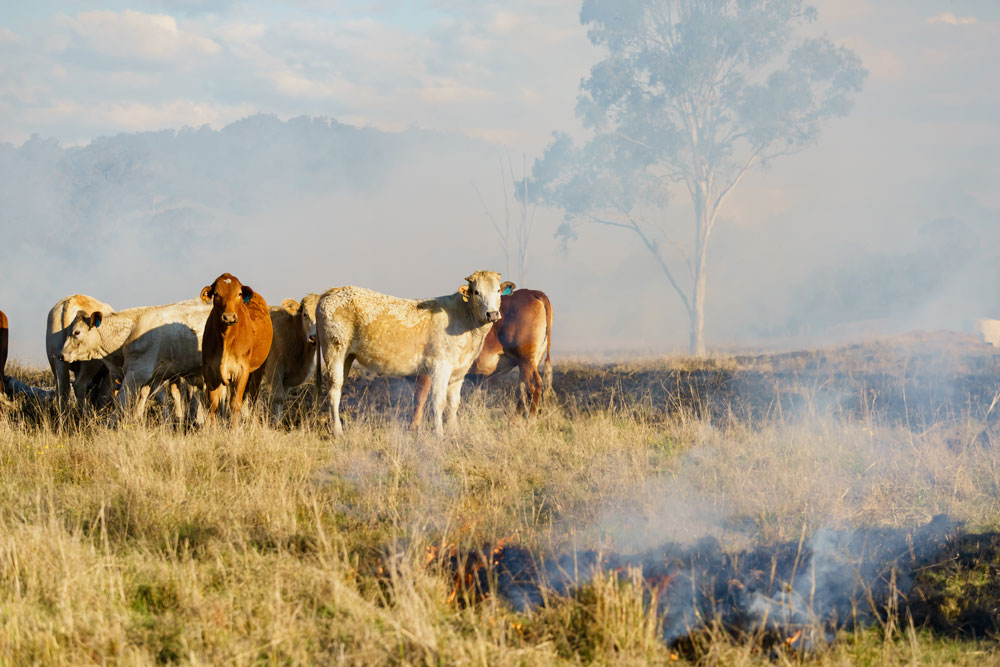 Though recent rainfall has provided relief from the fires and severe drought that fueled them, recovery is going to be painstaking, and Alltech, a Jessamine County company with locations around the world, is reaching out to help.

The Australia Farming Relief Fund will provide goods and services and hands-on assistance through two of its family companies, Alltech Leinart and KEENAN Australia. Alltech is matching donations to the fund dollar-for-dollar.

Employees of those companies have volunteered their time to work alongside farmers to rebuild fences, repair farm buildings, provide needed supplies, including hay, feed, silage, water troughs and fencing materials, as well as trucks and drivers to deliver those supplies.

Lauren Dozier, corporate communications manager for Alltech at its Nicholasville headquarters, said being a good corporate stakeholder in places where it does business has always been part of the company’s ethic since its founding by Pearse Lyons, an immigrant from Ireland.

“It’s remained a cornerstone of our culture since 1980,” Dozier said in a phone interview. “We want to use our global reach to make an impact when and where we can.”

Last year, for example, Alltech worked to help victims of massive floods in Texas, and since the huge earthquake in Haiti in 2010, the company has started several economic development projects.

Alltech is in 120 countries and employs about 600 people in Kentucky, at its Nicholasville and Springfield locations. Until 2018, it also had a algae production facility in Winchester.

Alltech develops agricultural and food industry products, including brewing and distilling. It has three main divisions: animal nutrition and health; crop science and food and beverage.

“People are enthusiastic about the opportunity to help,” Dozier said last week.

“It’s truly a global effort with Nicholasville roots,” she said.

Dozier said she doesn’t know yet whether any employees from Kentucky will be involved in the relief effort.

“At this point, we’re leaving that directly to people on the ground,” she said. “This is going to be an ongoing effort. They have finally started to get rain … but it’s going to take some time to rebuild.”

Donations to the Australia Farming Relief Fund are collected through the Pearse Lyons ACE Foundation, Alltech’s 501(c)(3) nonprofit. Alltech will match donations up to $25,000 and all contributions will go directly toward helping Australian farmers impacted by the bushfires.