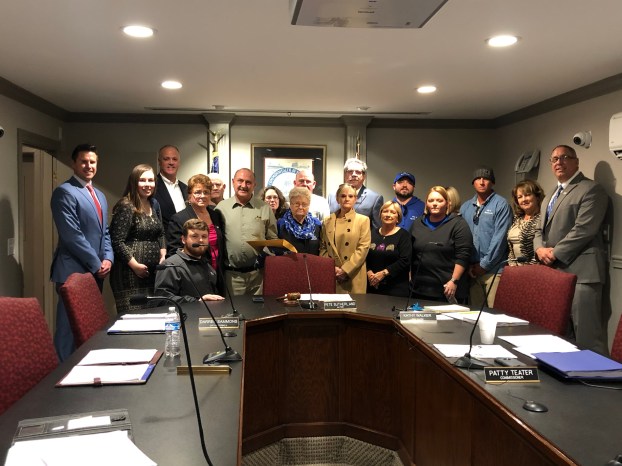 The Nicholasville City Commission honored Frankie Hubbard by gifting his family with a flag which once flew over city hall at its last meeting. Rep. Russ Meyer was in attendance for the event and spoke about Hubbard saying he left his mark on the community in the time he was a part of it. Hubbard, Meyer said, served as deputy Jailer for 13 years and worked for the city during his life.