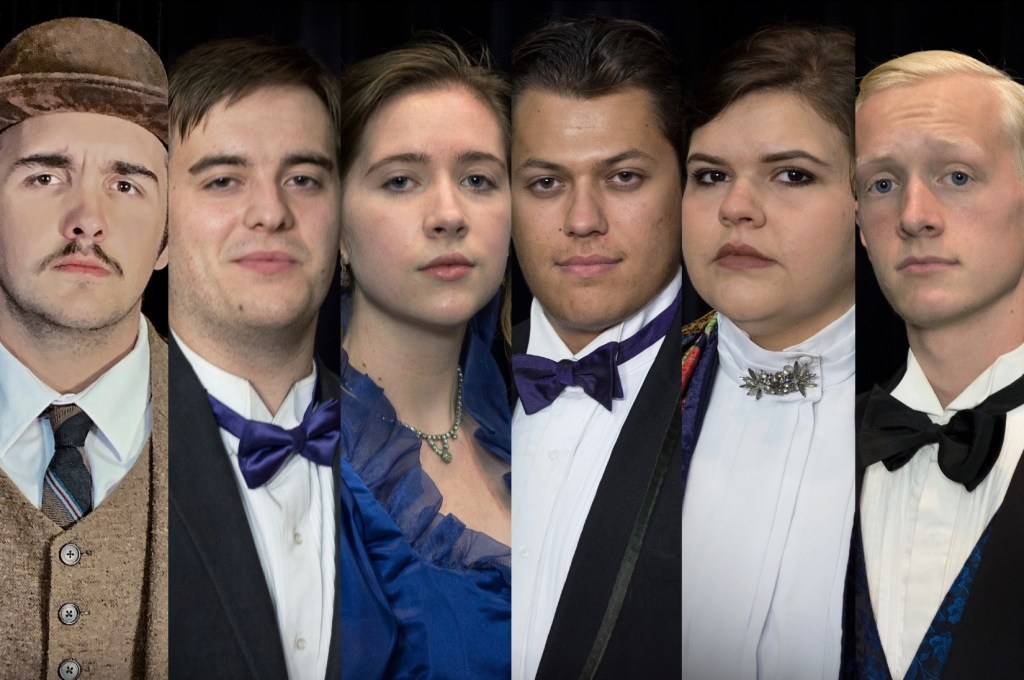 Hitchcock meets “The Twilight Zone” in the upcoming Asbury University production of the mystery classic, “An Inspector Calls.”
A well-to-do British family in the midst of a celebration is interrupted when an inspector calls to ask questions about the death of a young local woman. Secrets will be revealed and plot twists are in store for those who attend this mystery suspense tale opening Nov. 14 in Miller’s Greathouse Theatre.
Director Carol Anderson considers the Asbury cast of students she’s working with to be strong and very talented.
Performances of “An Inspector Calls” are scheduled for 7:30 p.m. Nov. 14 through 15, 21 through the 22 and Nov 16 with a 2 p.m. matinee and 7:30 p.m. performance.
Tickets are $5 for students, faculty, staff and seniors, or $8 for general admission.
All performances will take place in the Greathouse Theatre located on the first floor of the Miller Building at Asbury University, 1 Macklem Drive in Wilmore.
“They’re doing a wonderful job bringing this show to life,” Anderson said. “The acting savvy and chemistry of this cast is exciting to see.”
This suspense mystery’s cast is comprised of Frankie Taylor who plays the title role of the Inspector Goole. The Birling family members comprised of Jackson Wilhelmi, Morgan LeBeau, Matthew Smitley, Christa Lain with Aeden Humphrey as the fiancé and Morgan Owen as the maid
In bringing her directorial vision to this show, Anderson said she added a supporting ensemble who will play a variety of characters as well as projection visuals that bring the story and setting of 1912 to life in a surprising way.
“Tom Willis, the lighting designer we had for the visually beautiful Asbury production of ‘Once in a Blue Moon’ is back,” Anderson said. “Contributing his creative genius to the look of the show and some of the delightful visual surprises for the audience”
“An Inspector Calls” was written in 1945 and has had long runs and many revivals in various countries throughout the world, including the 2016 Broadway production and the revival at the National Theatre in London the same year. Its longevity reflects the way its themes can translate from its setting in 1912 to the here and now.
“Woven into a delicious detective mystery, you can take it as sheer entertainment or something more,” Anderson said. “But do take the opportunity to come experience a performance with this wonderful cast.”
For more information or to purchase tickets visit Asbury.edu/theatre