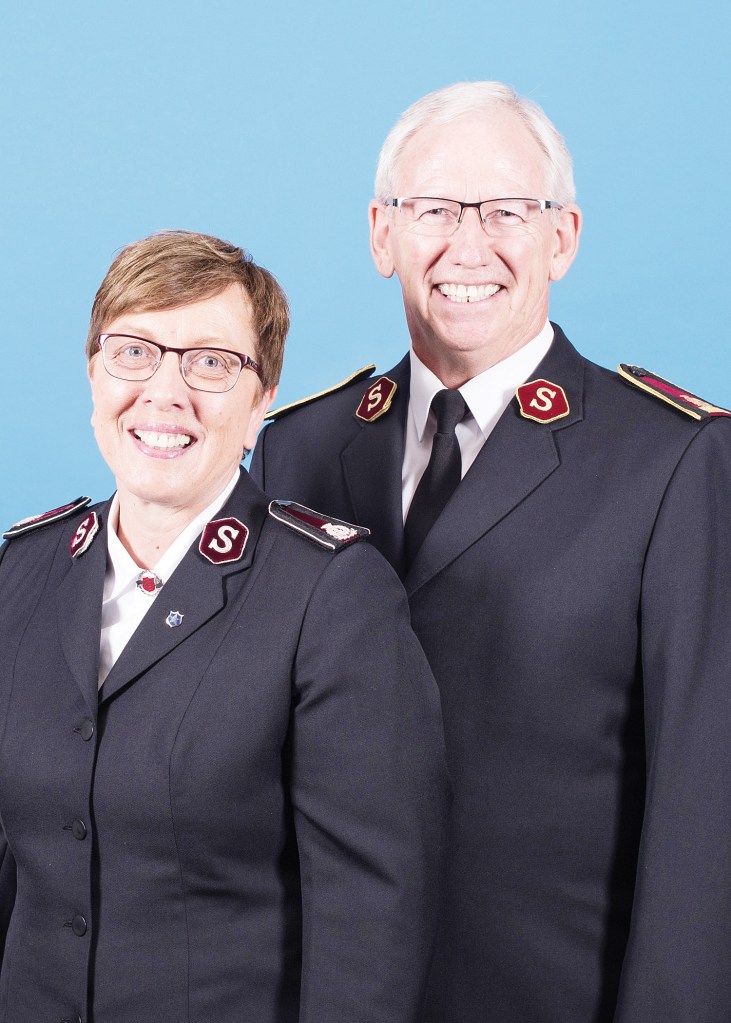 Peddle’s visit included time with students at the Salvation Army Student Fellowship Center — one of the only SASF Centers on a college campus in the United States. He also spoke to the Asbury on-campus student body during Chapel on Wednesday in the historic Hughes Auditorium.

“I have heard about Asbury for years and it is neat to be speaking at Chapel,” Peddle said. “I am excited to be experiencing Asbury for myself after hearing many wonderful stories from Asbury graduates and students.”

Peddle was accompanied by his wife Commissioner Rosalie Peddle, who serves as the world secretary of women’s ministries for The Salvation Army. Several other distinguished international and national guests from the Salvation Army were also on campus last week, and included:

The University has partnered with the Salvation Army for 90 years. Asbury President Kevin J. Brown said he was heartened to have these distinguished guests on campus.

“The Salvation Army is one of the most identifiable and internationally respected churches and charitable organizations in the world today,” Dr. Brown said. “Perhaps more than any university in America, Asbury has walked alongside them for nearly 100 years in their mission to preach ‘the gospel of Christ’ and ‘meet human needs without discrimination.’ For many reasons, it is an extraordinary honor to have the international leader of the Salvation Army visit our campus and address our students.”

Learn more about Asbury University’s relationship with the Salvation Army by visiting www.asbury.edu/thesalvationarmy.

Postcard No. 9 from Paris: My Own Midnight in…