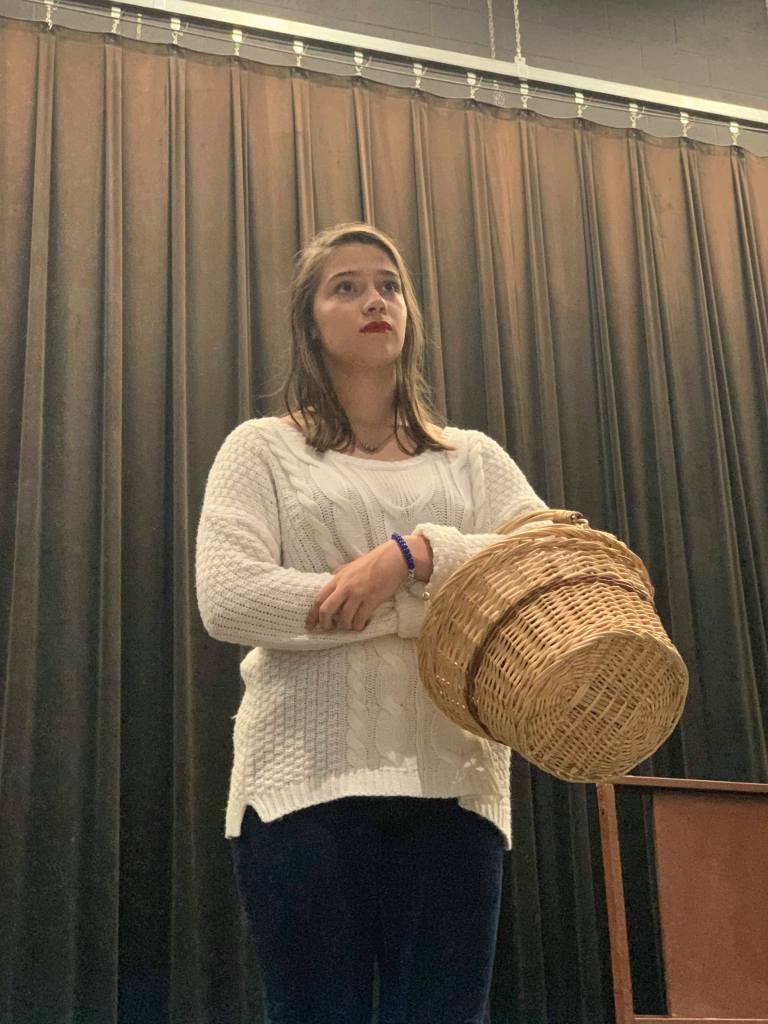 East Jessamine High Schools’ student-led performance of “The Wizard of Oz” plans to shock and amaze with the timeless tale and few surprises for theater goers this weekend.

“Very few, if any, productions this county has seen have been a student-directed musical. I am excited to be one of the first,” Director Jonathan Adkins said.

“This show was the first musical I ever performed in,” Adkins said. “It has a lot of special meaning to me. I love the messages, ‘There’s no place like home,’ ‘A heart is not judged by how much you love, but by how much you are loved by others,’ and more. These messages have had an impact on my life since I was first introduced to the show in sixth-grade. I also wanted to take the story of ‘The Wizard of Oz’ and give it new meaning. It has been done so many times and is so well known, but I knew that I had messages not yet expressed.”

The cast includes 20 members. The show as a whole adds up to 35 which includes the cast, production team and tech team. Upon coming to the performance, Adkins said residents can expect the classic story with a twist.

“Residents can expect the classic story of ‘The Wizard of Oz,’ but with new ideas added on,” Adkins said. “Though the plot itself tells the story we know and love, the actors took the base of the show and built it into what they wanted it to be. Expect to be shocked with hints of familiarity with this production.”

Danielle Hendrix plays the role of Dorothy and said she has always loved musical theater which is a major reason why she auditioned for the play.

“I love playing Dorothy because it allows me to give life to the character,” Hendrix said. “A character is just a name in a script followed by words formed in lines, that is until you bring life to that character. I also enjoy being able to do the things I love, such as singing and acting, with the people I call family.”

Josh Bolton plays the role of Scarecrow and said he tried out for the role because he had high hopes to land his first big lead in a musical production.

“I love playing the role of the scarecrow,” Bolton said. “The attitude of the character fits my personality which made it easy to take on the role. We have worked very hard to put together this amazing show in the limited time we had, and tons of newcomers to theater are going to perform their first show ever. I look forward to seeing all the people who have never done theater before do their best on the stage and get interested in future productions.”