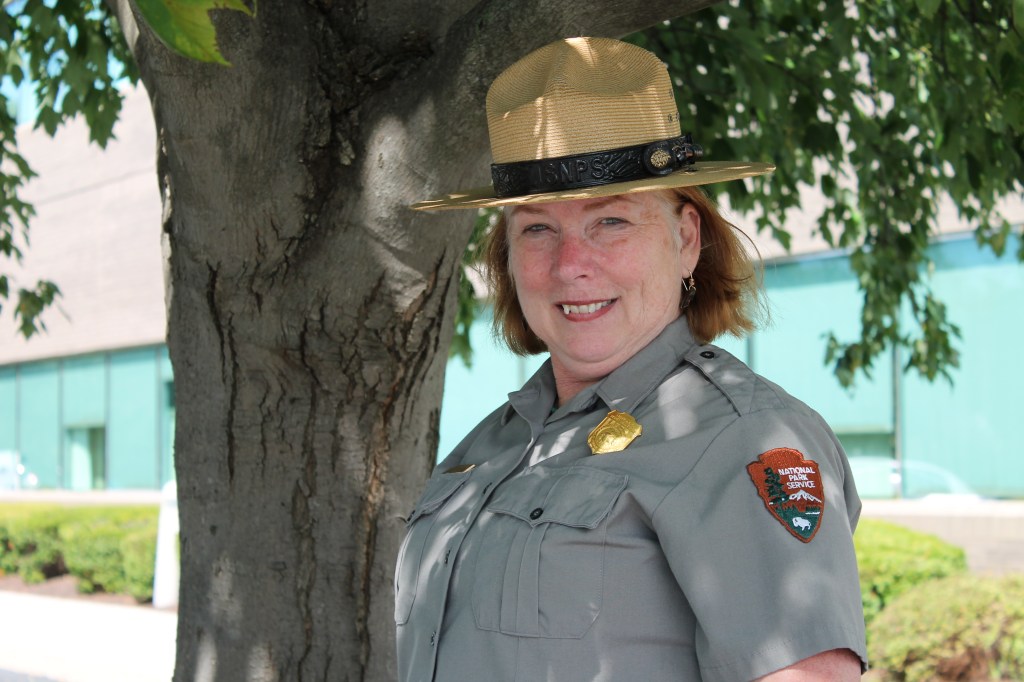 “Catherine is a strong organizational leader with substantial experience in park operations,” Vogel said. “Her passion for political science, public history and civic engagement will give her an edge in managing how the parks interpret the humble beginnings of a transformative American leader and soldiers who fought for freedom under his leadership.”

“I am honored to join the park team and partners at Abraham Lincoln Birthplace National Historical Park and Camp Nelson National Monument,” Bragaw said. “These revered and hallowed places, inspire and challenge us to explore the life and times of people who profoundly changed our nation and give us hope for the future. I look forward to collaborating with park colleagues, volunteers, partners and the community at both sites to broaden the parks’ visitor base by enhancing access and making the Lincoln Birthplace and Camp Nelson the best they can be.”

Established in October 2018 as a “National Monument,” the site allows visitors to reflect on the African American journey from enslavement to citizenship and remember the lives of those who contributed to the story of Camp Nelson, the Home for Colored Refugees and the community of Hall. The park is jointly operated by the National Park Service and Jessamine County.

Bragaw began her 35-year career with the National Park Service as a volunteer at Harpers Ferry National Historical Park, where she became a park ranger responsible for managing and implementing education, interpretive and living history programs. Her passion for serving the local community led to the creation of long-lasting partnerships with local schools, health care providers and civic groups.

In 2013, she began working as the East District interpretive supervisory ranger at the Chesapeake and Ohio (C&O) Canal National Historic Park in Maryland. Bragaw oversaw interpretive operations, including a historic mule-drawn canal boat program and the creation of new curriculum-based education programming for K-12 audiences. She was promoted to chief of interpretation, education and volunteers of the park two years later, with responsibility for the day-to-day interpretive, education and volunteer operations, directly impacting the experience of more than 5-million visitors annually.

Bragaw was born in the Washington, D.C. area and reared in Frederick County, Maryland where she also earned her undergraduate degree in political science with an emphasis in American studies at Hood College. She received a graduate degree in educational leadership from West Virginia University.

Bragaw will soon relocate to Kentucky from her current residence in Ranson, West Virginia. She has a large family that includes a dog and cat, six children, 7 grandchildren and a partner.