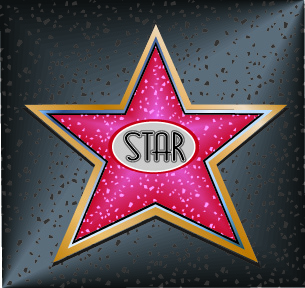 Located at 2101 Wilmore Road, awardees will be recognized during the halftime of the East Jessamine/West Jessamine football game with kick-off scheduled for 7:30 p.m. and an anticipated time of 9:00 p.m. for the recognition ceremony.  Friends, former students, and co-workers of the recipients, as well as residents, are encouraged to attend.

The 2019 Athletic Achievement Award recipients include: Paul Hamiliton, a 1987 graduate of Jessamine County High School, Hamilton was a star on the school’s track team and still holds school records, including the four-minute mile.  Hamilton went on to attend the University of Kentucky on a track scholarship; John Harrod, a Jessamine County High School graduate, Harrod returned to his alma mater as a teacher, and later, as principal, while also serving as an assistant coach and then head coach of the Jessamine High School football team.  Harrod helped to lead numerous teams to winning seasons before retiring in 1997; Pat Nielsen, a multi-sport athlete, Nielsen played softball and basketball at Transylvania University and was inducted into the Transy Athletic Hall of Fame.  Described as a “true pioneer” of athletics, Nielsen served on a Title IX Committee that went before the NCAA to request equal rights for female athletes and also later worked to help change the rules for women’s basketball.  Nielsen worked as a referee in the National Women’s Basketball Association before joining JCS, where she coached cross country, track, and soccer at Jessamine County High and West Jessamine High School until her retirement in 2006;  Jerry Ward, a 1981 graduate of Jessamine County High School, Ward was the leading scorer on the Colts basketball team his senior year.  His abilities and work ethic earned him a full athletic scholarship to Georgetown College.  After graduating from Georgetown, Ward utilized his athletic experience and leadership skills to help develop young players through extensive work with community youth sports in Jessamine County.

The Jessamine County Athletic Achievement Award was initiated as a means of recognizing, preserving, and promoting the heritage of interscholastic athletics in Jessamine County.    Nominees must exemplify the highest standards of sportsmanship, ethical conduct, and moral character and are judged on their significant contributions to athletics in Jessamine County.  Those eligible for nomination include athletes, coaches and contributors, such as those who have made an outstanding contribution to athletics in some other capacity including community involvement, administration, sports medicine or sports media.

Supt. Matt Moore said, “We are honored and proud that these five awardees are members of the Jessamine School’s family.  It was clear from their nominations that they are not only standouts in the field of athletics, they also exhibit the same traits that we strive to instill in our students, including, kindness, determination, leadership and a strong work ethic. Each of them has left an indelible mark on our district and this well-deserved recognition is a symbol of our gratitude for their important contributions.”