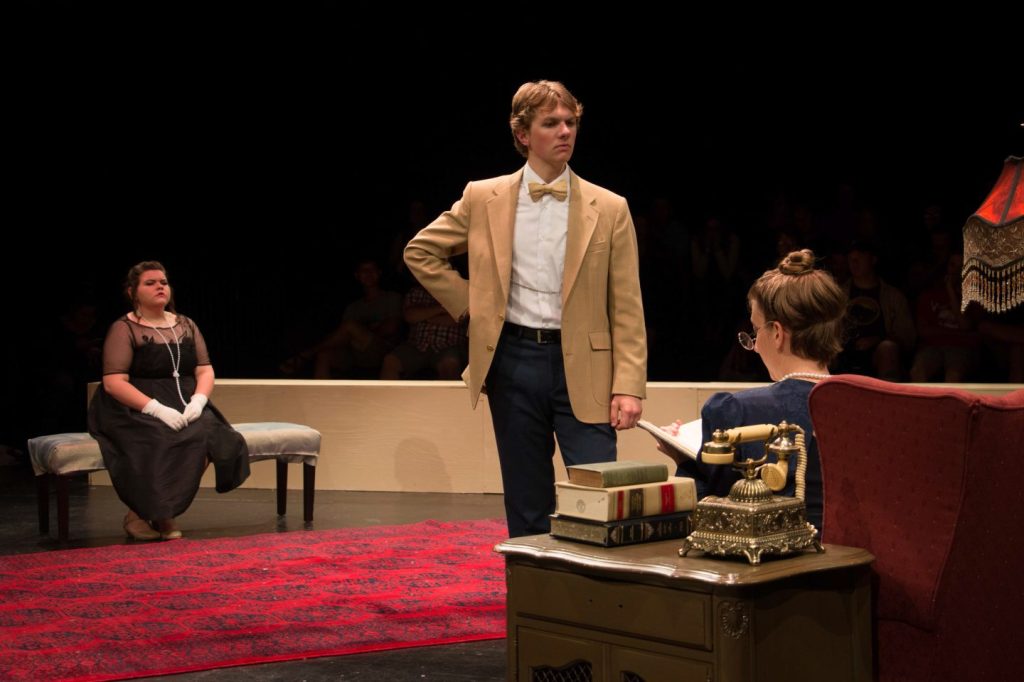 The stage of Asbury University’s Greathouse Theatre has borne witness to hundreds of productions since its construction in 2010.

This year promises something different; six of the nine productions for the 2019-2020 academic year are entirely student directed and produced. This year’s productions kick off with, “Silent Sky,” directed by Professor Jeff Day, which opens Oct. 3.

Although, even while actors and crew members prepare to debut “Silent Sky,” the theatre department is also in rehearsals for mystery/thriller “An Inspector Calls,” and preparing for a Nov. 14 opening night.

Set in 1912 England, the story kicks off when the mysterious Inspector Goole crashes the celebratory party of the prosperous Birling family home with his investigations into the tragic death of a young woman.

“Think Hitchcock meets the Twilight Zone,” said director and Asbury faculty member Carol Anderson. “I chose the play because of the good story and thought-provoking nature of it, and I’m happy about the show’s talented and versatile cast and excited about how the designs are coming along.”

However, the faculty isn’t the only ones with stories to tell. Chad Carmack is heading up the production of “Harvey!”

This production is what some may say is a whimsical yet thought-provoking tale of Elwood P. Dowd and his most peculiar friend: a six-foot-three invisible white rabbit named Harvey. When Elwood’s sister Veta attempts to put him in a sanitorium, a comic mishap locks her up instead. Mayhem ensues as the hunt for Elwood and his invisible ally begins.

“We wanted to do ‘Harvey!’ because at the heart of all of its screwball hilarity lies a consistently powerful message: love your neighbor as yourself,” Carmack said. “Our goal is to develop a production that inspires relational unity and brings awareness to overlooked issues in our culture while also providing a safe space to laugh and to feel.”

Other students are compelled to put on a piece that’s entirely of their own creation such as David Gomez who is the writer and director of a show operating under the working title of “Love Songs.” Though, according to Gomez, this is likely to change by the show’s final draft.

“Love Songs” is, as the title would imply, a musical with all original songs written by Gomez. It’s the tale of an actor who’s been pushed around all his life. He splits his time between falling in love and trying to hold on to his sanity, as the character he plays starts to slip into his subconscious mind.

“This is my first time doing something this big,” Gomez said. “And I’m so excited to tackle this thing and get a great team of musicians, actors and crew that can all grow together and make this thing as great as it potentially can be.”