‘Very best of me’ 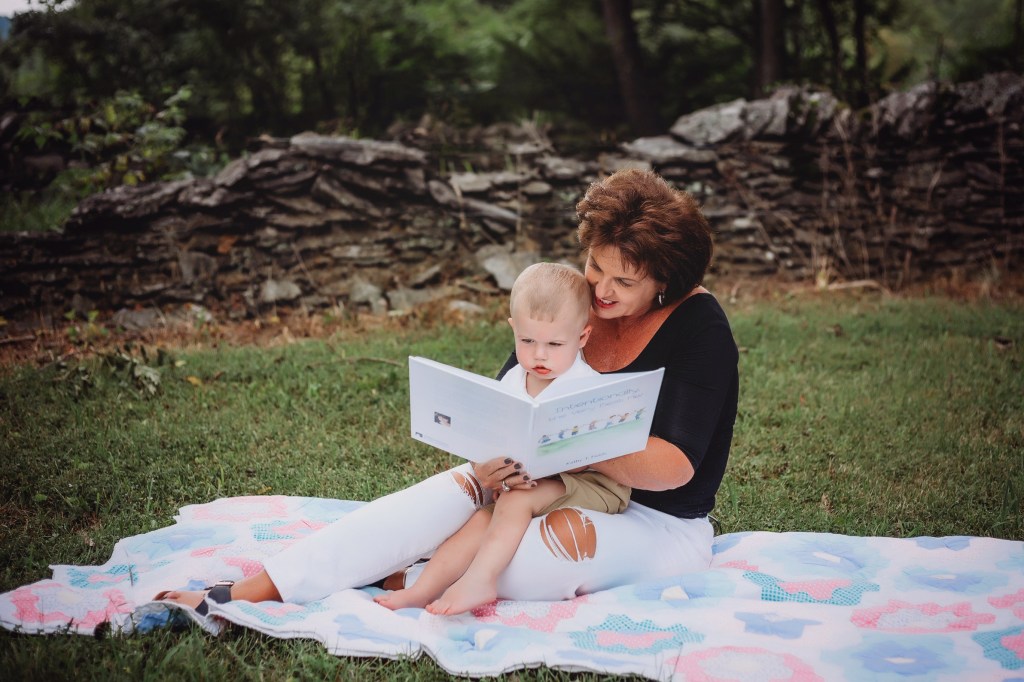 By Anne Carmichael
For the Jessamine Journal

Former superintendent of Jessamine County Schools now has a new title to add to her name, Author.
Kathy Fields said education has always been at the forefront of her life. Jessamine County residents have known her as a student who graduated from Jessamine County High School in 1979 before the district was divided into East and West. The community has known her as the principal of Nicholasville Elementary. After 12 years in that position, she served the district at West Jessamine Middle School as lead instructional administrator. Fields then moved to Jessamine County School’s Central Office in 2009 when she was named director of teaching and learning, before becomming assistant superintendent/chief academic officer for the 2012-13 school year.
In June of 2017, two personal milestones caused her to sit back and evaluate how she wanted to write the next chapter of her life. Her son, Marshal, and his wife, Kristen, announced they were expecting a baby – Fields first grandchild. Her youngest son, Alexander, had graduated with his masters from the University of Kentucky, and now that they were empty-nesters, she and husband Tim wanted to travel. She made the decision to retire from her position as superintendent of Jessamine County Schools and spend more time with her family.
“When my grandson Hunter was born, I knew that I wanted to spend precious hours reading to him,” Fields said. “Children who are read to learn to equate reading with love, and I wanted him to feel that love. I decided I wanted one of the books I read to him to be written by me.”
During her 33 years as an educator in the Jessamine County School system, Fields had been an advocate for more than 8,000 students a year by the end of her tenure. She said she wanted to write a book that would instill self-worth in each child who read it and would foster that same respect towards others and for the environment.
Fields published “Intentionally the Very Best Me” in July 2019 by Archway Publishing, a subsidiary of Simon and Schuster. The book’s illustrator, Melinda Raines, is also a Kentucky native and lives in Danville.
“I knew exactly what I wanted the narrative to be,” Fields said. “I knew that you can’t just tell a child to be respectful and kind. You have to model it and show them how. We live in a diverse world. In order to live in peace, we must respect our own uniqueness and the uniqueness of those around us.”
Fields said her book speaks on a child’s level about respecting others who are handicapped, those who wear braces on their teeth, those who walk on crutches or are confined to a wheelchair.
“I don’t use the word ‘bully’, but rather talk about being kind,” Fields said. “I don’t just talk about one community, but rather about the bigger picture. We are all citizens of the world.”
Fields said she believes it’s important to say “please” and “thank you.” Her book uses figures that children encounter daily such as bus drivers, teaching assistants and custodians as models and authority figures. There are rules by which everyone has to abide, Fields said.
“In the title of the book, I used the word ‘intentionally’, because I wanted children to know that their dreams are possibilities,” Fields said. “They can be the best, but they must be intentional and have a plan. It takes effort. It doesn’t just happen. You must care for yourself and for others.”
“Intentionally the Very Best Me” is available in eBook, hardback, and paperback formats on Amazon. This book reinforces social and emotional skills for children while illustrating all the ways they can be honest, kind, and trustworthy citizens of the world, Fields said.
The former superintendent said she would like to see parents, educators, and counselors use the examples to support instruction and to generate a meaningful conversation that sparks positive change.
While Kathy is already thinking about her next book, she is now working as the executive director of the International Alliance for Invitational Education, a non-profit group of educators and allied professionals throughout the world who are dedicated to the development of positive school, work and home environments while opposing forces that demean and defeat human potential.