West Jessamine ‘ran out of gas’ in opener 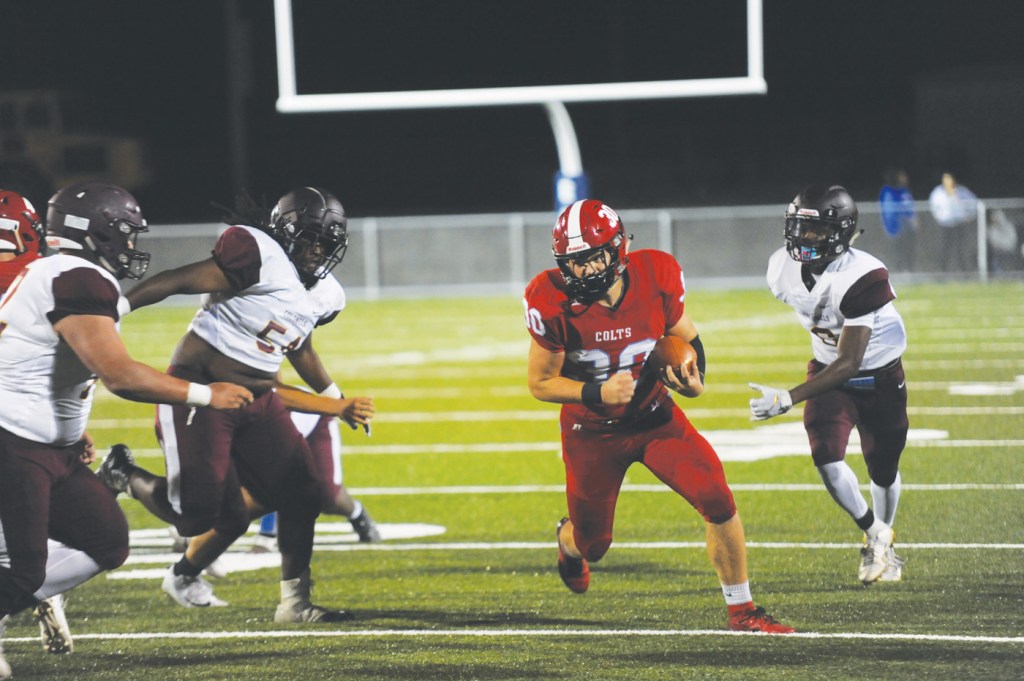 Friday night’s showdown between the West Jessamine Colts and the Bourbon County Colonels wasn’t a pretty one. After the Colts scored on their opening drive, neither team was able to score until midway through the third which came via a Bourbon County field goal. The Colonels added two more touchdowns to get the win, 17-6.

“We just ran out of gas. That’s on me as the head coach,” West coach John Gilliam said.

The Colonels had two potential touchdowns negated by penalties in the first half, and were unable to put the ball in the end zone until nine seconds remained in the third quarter.

After QB Haden Rowland scored on a run on the first drive, the Colts were unable to score.

The game went on until after midnight, but GIlliam wasn’t making excuses about the unusual circumstances of the game.

“Our kids play hard. We’ve just got to get more playing and knowing what to do. Then we’ve got to do a better job as coaches.”

After Willy Milfort returned an interception to set the Colts up 1st and goal, it looked like they would take the lead late in the fourth. But a fumble into the end zone gave Bourbon the ball back and it would take it down and score to close it out.

“To be honest, I didn’t say anything to him. He knows — he’s a senior — he knows enough,” Gilliam said about the fumble. “When you go and try to make it be a not big deal, it makes it a bigger deal. He’s a senior, he’s a big boy and he can wear it on his shoulders. That’s part of playing the game. Sometimes you do great and sometimes you mess up and you’ve got accept it.”