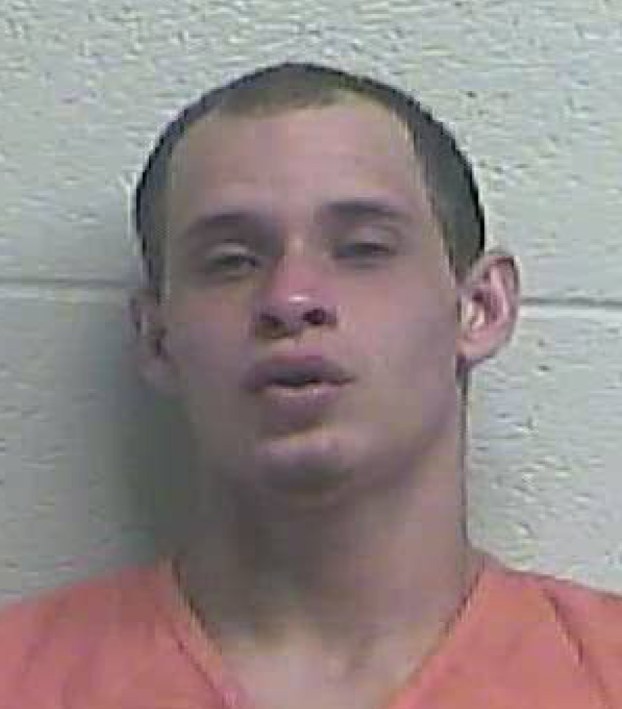 A hit and run, which later resulted in the driver of the vehicle crashing into a metal pole after leaving the roadway turned into a trip to the Jessamine County Detention Center for a Nicholasville man last weekend.
David P. Waymire, 26, of 108 Rolling Acres Drive in Nicholasville, was arrested Aug. 17 for DUI, leaving the scene of an accident with failure to render aid or assistance, failure to maintain required insurance and operating on a suspended or revoked license.
Officers responded to a hit and run after a caller advised Waymire’s vehicle had struck their own at 100 S. Hendren and fled. Once on scene, officers observed Waymire’s vehicle which had come to a stop after hitting a metal pole upon leaving the roadway. Witnesses on scene said Waymire did not exit the vehicle after the collision.
Waymire exited the vehicle as the officer approached and was described as having a lethargic behavior, glossy eyes and slurred speech. He allegedly would not talk to officers about what occured, but admitted he had messed up, according to the citation.
A field sobriety test was performed, which Waymire failed.
A search of Waymire resulted in the confiscation of a marijuana grinder containing suspected marijuana.
A search of the vehicle resulted in the confiscation of marijuana and a marijuana roach.
Waymire was transferred to St. Joseph Jessamine in order to be medically cleared before being transported to the Jessamine County Detention Center, according to the citation.