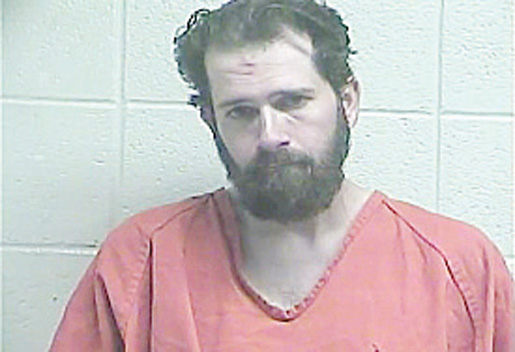 A call to the Nicholasville Police Department in reference to a driver passed out behind the wheel of a vehicle resulted in the confiscation of heroin and methamphetamine last week.
Nathaniel Foster League, 36, of 111 West Stephen Foster Ave. in Bardstown, was arrested Aug. 6 for DUI, possession of a controlled substance (heroin), possession of a controlled substance (methamphetamine), possession of a controlled substance (amphetamine), possession of a controlled substance (drug unspecified) and possession of drug paraphernalia, according to a citation released by the Nicholasville Police Department.
Officers responded to Quinn Drive in reference to a male passed out behind the wheel of a vehicle in the intersection. The caller had advised the vehicle had been stopped there for 20 minutes while cars were forced to go around it. Officers located the vehicle traveling south on US27 from Edgewood Drive and taking a large wide turn before correcting and then proceeding to travel on the center dotted line.
League was described as having extremely constricted pupils, according to the citation. He allegedly advised officers he had just left the gas station. A field sobriety test was performed which League failed. A search of the vehicle resulted in the confiscation of a clear straw from the center console containing an unknown white residue and a clear bag containing nine peach oval pills. Four blue round pills were also recovered from the glove compartment. The pills were identified as Adderall and Clonazepam.
A second bag was allegedly recovered from the glove compartment as well and contained two more bags with suspected methamphetamine and heroin. League allegedly told officers the drugs belonged to a friend.
He was arrested and taken to St. Joseph Jessamine where a blood draw could not be completed due to small veins and scar tissue. League submitted to a urine test before being transported to the Jessamine County Detention Center, according to the citation.