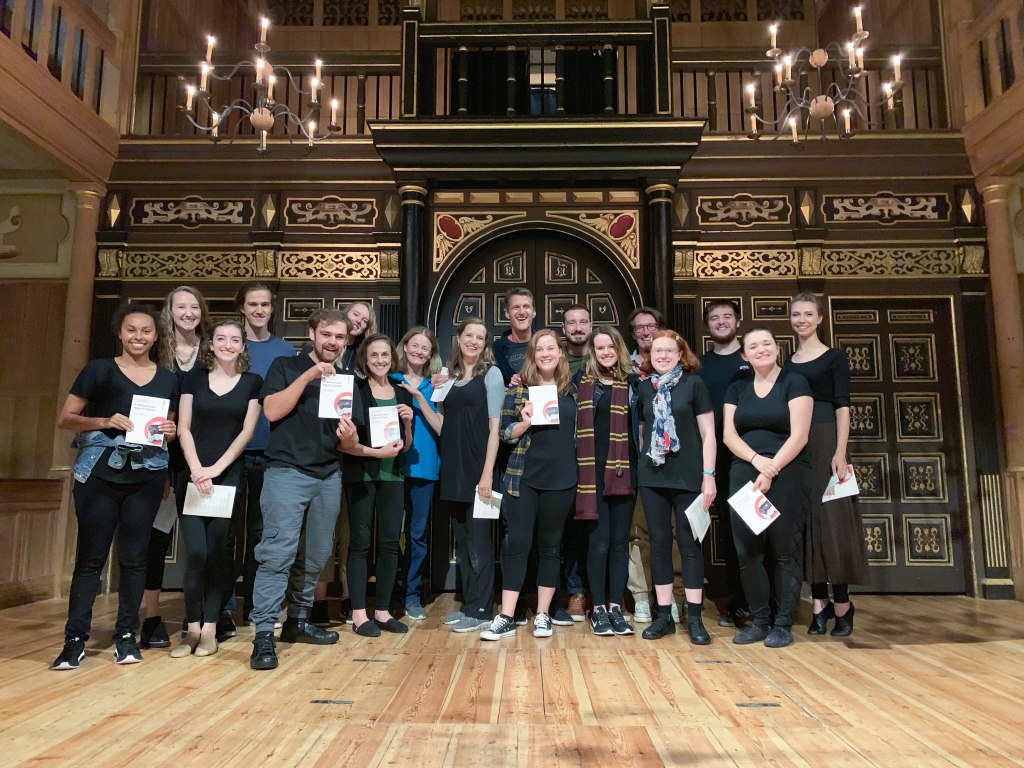 Asbury University Theatre and Cinema Performance students impacted the world on an international stage this week.
The group traveled with Dr. Jim Shores and Professor Carol Anderson to the United Kingdom for two weeks of intensive acting lessons and a performance at Scotland’s annual Fringe Festival.
The group worked with Peter Hamilton Dyer, a Broadway and West End actor, at Shakespeare’s Globe Theatre. Dyer studied under Mark Rylance, the original artistic director of the Globe. Classes covered topics such as voice, movement, sword play and scene work and culminated in a special student showcase performance of “A Midsummer Night’s Dream” at the Sam Wanamaker Theatre on Aug. 1.
The group then headed to Scotland to perform at the Fringe Festival, a beloved international event in the theatre world. The Huston Foundation graciously sponsored this portion of the trip with a grant to support the students’ travel and ministry.
Seamlessly weaving ministry and storytelling, students alongside Anderson and Shores performed a special pro-life play entitled “Crowned with Glory and Honour.” The original play was written by Jerry Averill of Dundee, Scotland. According to its official website, the play is based on true stories and interviews that explore the value of human life and “how we, as cultures, societies and individuals determine who is valuable and who is disposable.”
Hannah Barlow is among the students traveling with Shores and Anderson; she’s found the trip to be an exciting whirlwind from sipping tea at Buckingham Palace to sightseeing and attending masterclasses at the Globe Theatre.
“This opportunity has given me a completely renewed view of how theatre can impact an audience,” Barlow said. “Performing at the Globe taught me how to connect with the audience by delivering lines to specific people, including them in the performance. This is something we don’t typically do in American theatre unless it’s ‘interactive.’”
Barlow has found the experience at the Fringe Festival to be especially touching as well.
“People come to these shows to connect, to feel,” Barlow said. “It isn’t passive entertainment at all, it’s very active.  Because of this, you know immediately as a performer if you’re connecting or not. We are performing a sanctity of life piece which can be very raw and emotional. It’s been absolutely amazing and uplifting to talk to people afterwards and hear how the play impacted them. You typically don’t get the opportunity to witness to complete strangers who come to you with such open minds. That’s pretty incredible.”
The Asbury cast will perform from August 6-10, while a Scottish cast will perform the show on August 11.
The goal of the performance is to create awareness of an ecumenical effort by Scottish Protestants and Catholics, historically at odds, who are working together to support individuals and families in need of pregnancy care. The Beating Heart Group in Linlithgow is the first pregnancy care group to open in Scotland and is highly involved with the production of the play.
According to Shores, the play has been well received by the Scottish Council on Human Bioethics.
For Olivia Coxon, the travel course has pushed her to grow academically, socially and spiritually.
“I have really had to learn how to trust God more on this trip,” Coxon said. “The piece that we are performing has a lot of sensitive topics, and many of us actors were nervous about backlash from the audience or other such problems related to the content. But before every show, we pray and commit the piece into God’s hands. And so far, everything has gone really well. This opportunity has allowed me to really grow as an actress.”