Obituaries published in the Jessamine Journal 7.25.19 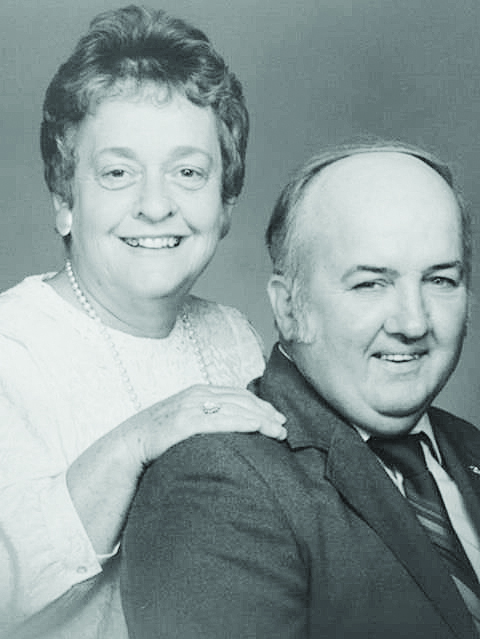 Katherine (Kitty) Joan Correll Stephens Spry, 90, of Louisville, KY, died peacefully at home with family on July 3, 2019. She was born on November 17, 1928, in Portsmouth, Ohio, to Chester and Ella (Tipton) Correll. Kitty married Herman Eugene (Gene) Stephens in 1946 after his return from World War II where he had served in Bougainville of the Pacific Campaign. They had 3 children.

After Gene’s untimely death in 1957, Kitty continued to live and work in southern Ohio where she met her second husband Alfred (Al) Meredith Spry who had 2 children from a previous marriage. On July 2, 1959 Al and Kitty married. Al adopted Kitty’s children and combined their families and added one more child the following year. Al and Kitty worked and raised their 6 children in the Lexington, KY area where they were great contributors to their church and to various civic organizations in their community and were known affectionately as Big Al and Miss Kitty.

Al died in 2008 while he and Kitty lived as a retired couple in Nicholasville, Ky. Kitty is preceded in death by her parents, her sister Betty Rader, her brother William (Bill) Correll and Janet Dowdy. She is survived by her 6 children and their spouses. Toddy and Lawson Whitt of Burgin, Ky, Jerry and Angela Spry of Lexington, Sandra and Gary Duncan of Lexington, Ky, Bruce and Jackie Bubon of Naples, Florida , Joella and Stoner Tatman of Nicholasville and Mistee and Robert Browning of Louisville, Ky, also survived by nine grandchildren, seventeen great grandchildren, a sister Doris (Dot Mead), and a wonderful extended family.

Visitation will be from 10 a.m. to noon Friday July 5, 2019 at Betts & West Funeral Home with funeral service beginning at noon. Kitty will be escorted to her final resting place alongside her husband Al at Camp Nelson National Cemetery. Casket bearers will be Katherine (Kitty) Tatman-Watkins, Tony Tatman, Donald Reynolds, Mike Watkins, Karen McKiban and Nathan Spry Honorary bearers will be Stoner Tatman and Lawson Whitt. Online guestbook at www.bettsandwestfuneralhome.com

Luta Barbara Hood, 85, widow of Amzy Otha Hood, passed away July 3, 2019. She was born on Aug. 14, 1933 in Russell County, Kentucky to the late Edward Stanley and Eva Story Piercy. She is survived by one daughter Karen (Harold Clemmie) Clem. Besides her parents and husband, she was also preceded in death by a brother Grady Piercy.

Joint graveside services for Luta and her loving husband Amzy Otha will be conducted at 1:30 p.m. at Camp Nelson National Cemetery on July 29, 2019 with Brother Bill Bales officiating. Online guestbook at www.BettsandWestfuneralhome.com

Hager & Cundiff was honored to serve the family of Donna Morgan, 88, loving mother of Pam, Pat, and Tom, beloved grandmother, artist, and singer.

Obituaries published in the Jessamine Journal 7.18.19