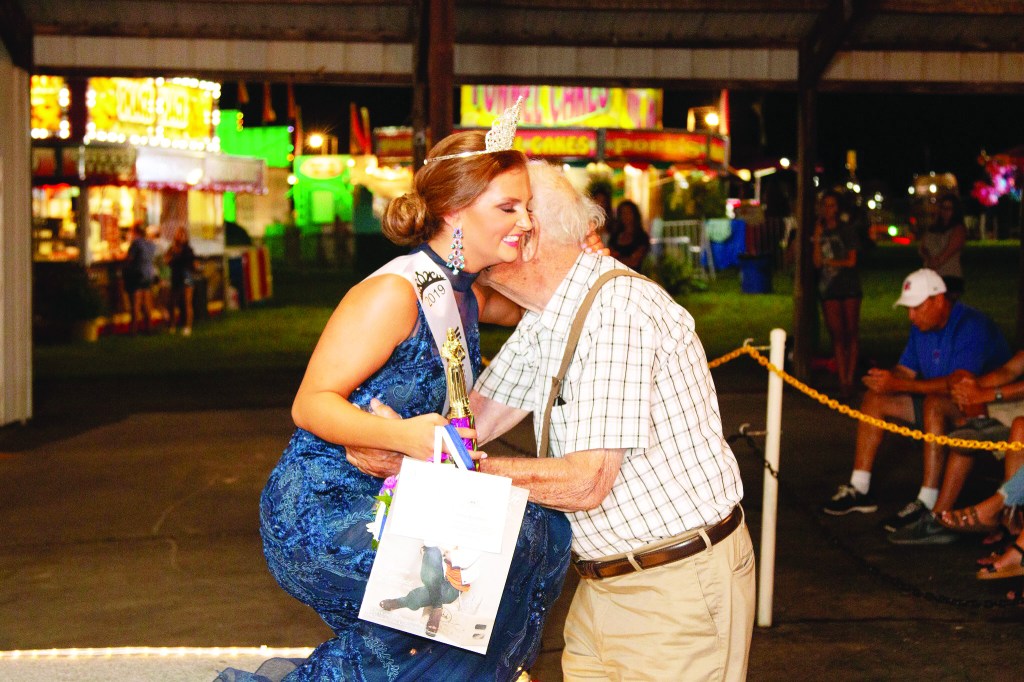 Sydney Poor, who was born and raised in Nicholasville, was crowned Miss Jessamine County Fair earlier this month, a first for a local in over eight years.

Poor, 18, has been participating in the Jessamine County Fair pageant for three years. She first decided to participate after her sister suggested it. The pageant is open to girls and women ages 16 through 21 from all counties in Kentucky.  Her first year doing the pageant wasn’t her best work, she said.

“It looked like I had absolutely no idea what I was doing,” Poor said with a laugh. “It was a sight. Let’s put it that way.”

After that, Poor said she met her pageant coach who helped her build her confidence.

“She pretty much formed the person I am,” Poor said. “Without her, I wouldn’t be where I’m at.”

Next weekend, she will be competing in a national pageant, and said she has participated in other pageants as well.

Emily Campanell, the pageant director for Miss Spencer County Fair and other pageants, said she met Poor last year when she became the title holder for Spencer County.

They became friends, and Campanell said even though Poor is no longer the title holder for Spencer County since she won Miss Jessamine County Fair, they still keep in touch and text each other regularly.

“I was beyond thrilled when she won,” Campanell said. “She’s such an amazing person. She and I have grown very close in the last year that she’s been my title holder, and I don’t think that it could have happened to anybody better and more beautiful than her.”

“She is very caring about people,” Campanell said. “Whenever you see her at beauty pageants, it doesn’t matter who you are or what you are — she takes the time to talk to you and make you feel special.

That’s why she’s won Miss Congeniality on more than one occasion —  because other people think that of her too. She’s truly beautiful inside and out.”

Campanell also described Poor as determined and goal-driven. Poor said she works as a nursing assistant in the labor and delivery unit of Baptist Health hospital in Lexington. She graduated from East Jessamine High School last year and achieved a certification to be a nursing assistant from Jessamine Career and Technology Center while she was in high school.

She will start class at Eastern Kentucky University in the fall in just a few weeks and will pursue a bachelor’s degree in nursing.

She plans to work as a nursing assistant while she attends college to gain experience and see what the field is like before she becomes a registered nurse.

Poor’s goal is to go into pediatric nursing and work with children as a nurse in a pediatric doctor’s office.

Poor said her pageant community-service-based platform is also based around children. Her platform is called “Be-You-Tiful,” and she said she created it about a year ago.

“I created this because I am a huge anti-bullying advocate,” Poor said. “I have gone to talk to schools in the county and talked to the fifth-grade boys and girls about bullying.”

Poor said she speaks about bullying at schools around the county, with one of the larger schools she speaks at being Rosenwald-Dunbar Elementary School. She speaks to fourth and fifth-grade children there and children at other schools, and her speeches revolve around how to avoid bullying and how to handle it if you are a victim.

“Unfortunately, in today’s society, things do happen in school systems, and having that person there to help them, I believe, is one of the best opportunities that I have which is to be able to stand by them and help them out with those situations,” Poor said.

“I wish that someone could have done that for me because obviously I was somebody who went through that as well.”

She wants to take her “Be-You-Tiful” platform to other counties in the future as well.

Pattie Elliott, who has been friends with Poor’s mother since before she was born, said when Poor was growing up, she wasn’t much of a “girly-girl” and described her as a “seasoned farm girl.”

For example, Poor was a barrel racer and rode poles. Elliott said Poor was also a competitive dancer as a child and was a quiet girl. Pageants, Elliott said, brought out Poor’s confidence and strong suits.

Elliott said when Poor was crowned Miss Jessamine County Fair and came to the front of the stage, Poor’s grandfather, who is well into his 80s, made his way to the stage and through a barrier around the stage to get to her to give her a hug. Poor bent over the stage to hug him, and photographer David Wallace captured the moment.

“It was just a precious moment that was shared on stage, and there wasn’t a dry eye,” Elliott said. “I’ve seen her in many pageants, but this one was just special. It was just something special.” 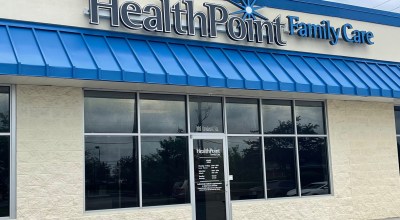