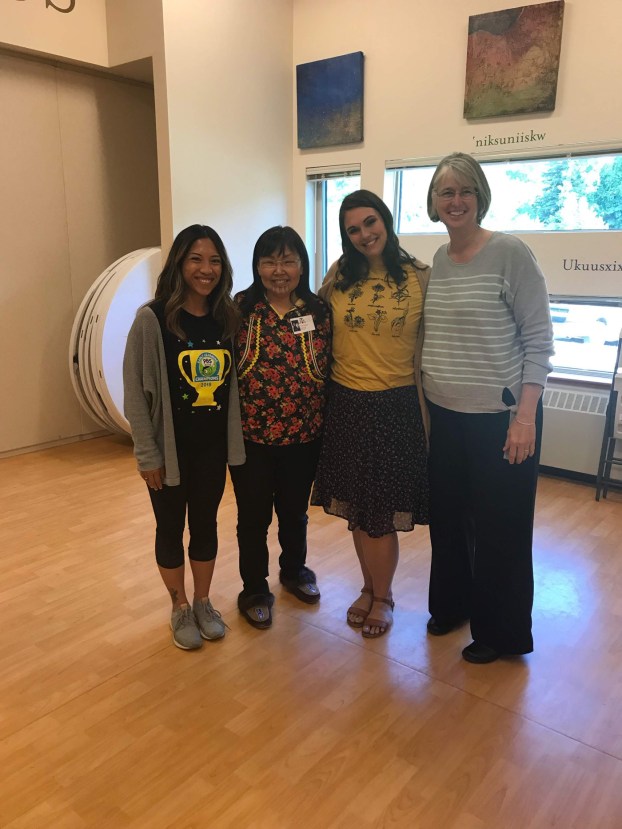 Tara Haynes is living proof that Asbury University Adult Professional Studies (APS) programs can take you far.
Back in December of 2018, this Elementary Education major was selected as a PBS KIDS Early Learning Champion after being nominated by Kentucky Educational Television (KET).
In June, as part of her duties as an Early Learning Champion, Haynes was invited to visit Alaska with the network to celebrate the premiere of its newest show “Molly of Denali.”
The action-adventure comedy follows the daily life of Alaska Native Molly Mabray. It is the first nationally distributed children’s series in the U.S. to feature an Alaska Native lead character.
During the trip, Haynes and several other Early Learning Champions from across the U.S. visited a local early childhood center, the Anchorage Museum and the Alaska Native Heritage Center. They also met with Alaska Native educators and the advisors to the producers of “Molly of Denali.”
“We had discussions on the themes of inclusion, understanding trauma and developing authentic connections with families and communities,” Haynes said.
Haynes and her fellow Champions also helped host a “Molly of Denali” event for nearly 200 local students from Alaskan public schools.
“This trip proved to be a wonderful learning experience about the Alaska Native culture and the importance of things like land acknowledgment, western expansion and tribal affiliation,” Haynes said. “Speaking with the indigenous people taught me so many things that I didn’t know I didn’t know. I left Alaska with a sense of reverence for a people group that has endured so much yet have been treated so poorly.”
Haynes, who works at Pine Mountain Settlement School in Harlan County, Kentucky, found the trip to be particularly impactful due to her own work as an environmental educator.
“All of the things that I experienced [on the trip] tie directly into my work at Pine Mountain, as we work closely with the community and place-based education that values Appalachian heritage and culture,” Haynes said.
Haynes, a working mother of two, has appreciated the flexibility and support that Asbury’s APS program has offered her throughout the pursuit of her bachelor’s degree, which she is set to complete in the Fall 2019 semester.

Arrests published in the Jessamine Journal 7.11.19