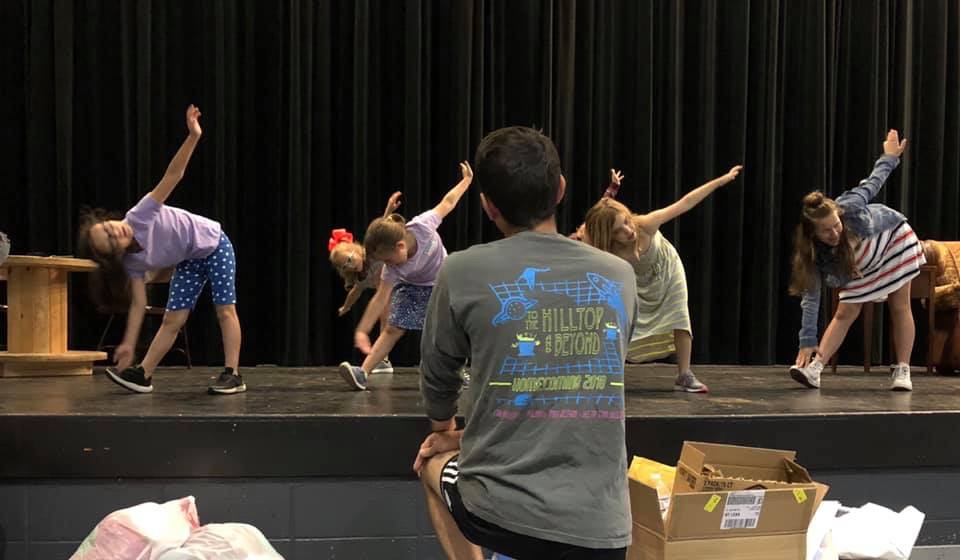 By Brittany Fuller
Brittany.fuller@jessaminejournal.com
The classic story of orphan Annie comes to live this weekend with the help of Jessamine County’s Arts+ Community Theater.
With showings June 28 – 30 at East Jessamine High School, located at 815 Sulphur Well Road, residents can catch showtimes at 7:30 p.m. Friday, 2:30 and 7:30 p.m. Saturday and 2:30 p.m. Sunday. Tickets are $10 for adults and $7 for students and children, and can be purchased at the door by either cash or check.
“We have an extremely talented cast,” Director Lindsey Sovkoplas said. “Some new to the stage, some back again after many years away, and some that live their lives in the spotlight. This cast has blended so beautifully that you’d never be able to pinpoint who is new to the theatrical arts.”
The cast, Sovkoplas said, consists of 31 members with four crew members and six members on the production team. Annie is played by Iris Henning, who Sovkoplas said is a powerhouse vocalist.
“Her voice and her spunk made her an obvious choice for this well-known role,” Sovkoplas said.
Choreographed by Austin Vahle, who himself is a graduate from Jessamine County Schools, Sovkoplas said the production’s choreography challenged the actors during rehearsals since May.
“(Also), Amy Harrod, our musical director/producer is district arts coordinator for Jessamine County Schools and she has given the cast the musical understanding and confidence to let their voices soar,” Sovkoplas said. “We’ve stripped away the spectacle, so you really get to see these actors stand out. They tell a story that is raw and tender, melancholy and joyful. It may be a ‘hard-knock life,’ but if you come spend a while with us, you might just remember that the sun will come out tomorrow.”
Jashawn Boles portrays Oliver Warbucks and he said he likes the character he was cast to play as he sees traits that he embodies within himself in the role.
“(I also see) traits that are completely opposite of me. He’s always evolving, so it keeps me on my toes to show both sides of his personality,” Boles said.
Susan Strange takes the stage portraying Miss Hannigan, and said her character is extremely complex.
“She is doing her best to survive the depression and wants more for herself,” Strange said. “I feel like she’s always been dealt the worst hand and does what she can with what she is given. I think she secretly loves Annie and doesn’t want her to leave the orphanage either. Playing Miss Hannigan is a challenge, and that’s why I love it.”
Sovkoplas said when it came to choosing a play, “Annie” was picked because of its feel-good nature and its ability to portray the fact family comes in many forms.
“We wanted to choose a show that had roles for all ages,” Sovkoplas said. “’Annie’ is family-friendly, and it has a large cast of adults and children, providing opportunities for many community members. We even have father-daughter and mother-daughter duos in the cast. Bring your families and enjoy some quality time. You might even find yourselves singing along.”

Alumni return to campus for Reunion 2019