Flying under the radar 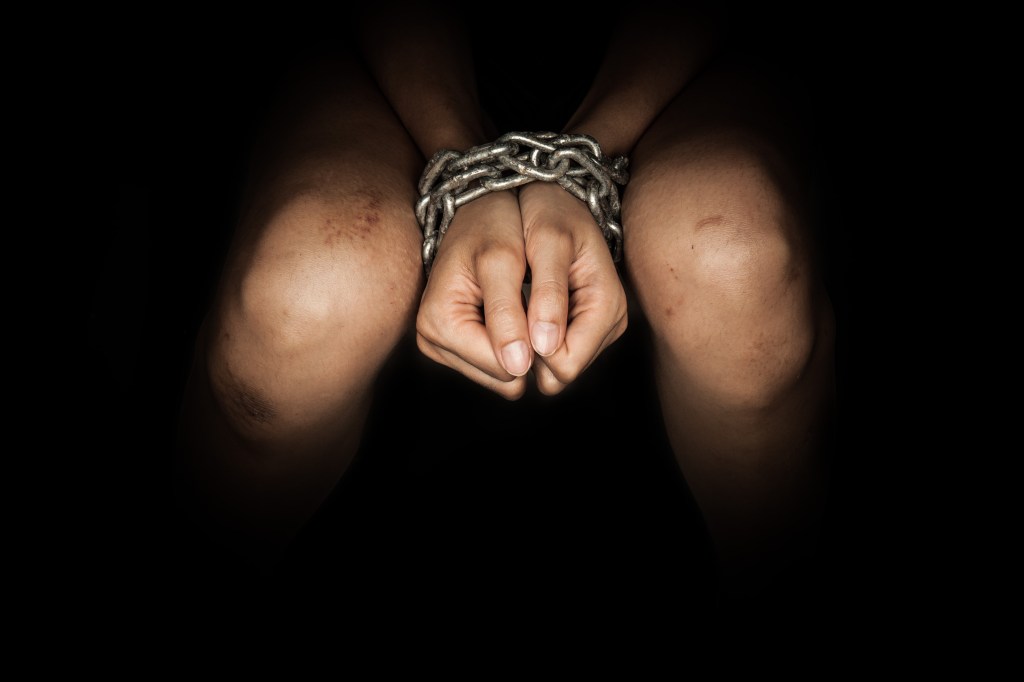 By Olivia Mohr
olivia.mohr@centralkynews.com
Human trafficking happens right here in Jessamine County.
That was the message from Michelle Harrison, the assistant director of the Nicholasville nonprofit Grace to Glory Counseling Center, when she spoke about human trafficking in Kentucky at a Kiwanis luncheon June 12.
Harrison is also a licensed professional counselor who specializes in trauma, addictions and human trafficking.

What is human trafficking?
Harrison began her speech by defining human trafficking. She said there are three types — sex, labor and organ trafficking. Traffickers illegally recruit, transport, imprison or sell people typically for forced labor or sexual exploitation, through force, coercion or fraud.  In the case of organ trafficking, victims are held captive and their organs are sold.
Harrison spoke primarily about sex trafficking because she has counseled women who have been trafficked and sexually exploited as adults or children. When she moved to Jessamine County in 2015, Harrison started working with Refuge for Women, a local resident program for women who have been sexually exploited and trafficked. She now works with people who have been sexually exploited and trafficked through Grace to Glory after receiving referrals from people in the community. She is the assistant director for Grace to Glory. Her husband, Tim Harrison, is the director.
Harrison said human trafficking is more prevalent in Kentucky than many people might think, as many people consider human trafficking an international issue, not a local one. She said sex trafficking typically happens through street or online solicitation through an escort service, through pornography, in residential brothels or private households.
Sex trafficking also happens behind the scenes in businesses like bars, strip clubs and fake massage parlors, and through bride trafficking. Harrison said with labor trafficking, there are usually recruiters, contractors or employers who use violence, threats, lies, debt bondage and other forms of coercion to force people to work against their will in different industries. These industries include domestic work in small businesses, restaurants, large farms and factories.
“And think about that,” Harrison said. “We have all those places in Kentucky. ”
One of Harrison’s clients had been afraid to tell her mother that her friend’s mother’s boyfriend sold her for sex as a child to a group of men because he threatened to kill her and her family. This, Harrison said, is how traffickers can force victims to comply as they fly under the radar.
Traffickers also strip victims of resources, like their phones and IDs, and often transport them away from where they live so they are more difficult to find. She said people are easy to transport through Kentucky, including on I-75, because Kentucky is considered a pass-through state — meaning women, children and men who are trafficked typically come from other cities but are transported through Kentucky to reach a different destination. Traffickers also often use grooming by establishing relationships with victims to lure them in while making victims think they are their boyfriends.
“Some people don’t even know that this is trafficking when that happens,” Harrison said.
One of Harrison’s clients didn’t know she had been trafficked as a child until she came in for counseling about her marriage and looked back, about 20 years later, on an incident from her childhood. Harrison said when her client was a child, she was often alone and had a single mother. Her mother was away from home a lot, so when she was 13 or 14, she became involved in a relationship with a man her mother knew. The man made her think he was her boyfriend and then asked her to perform sex acts with other men so he could make money. Because of the grooming process and her relationship with the man, the client didn’t realize it was trafficking when she was a child.
“It gets so confusing for children,” Harrison said.
People who are vulnerable to trafficking include children of single parents, substance abusers or the children of substance abusers, children who are isolated, lonely, depressed or unsupervised, foster children, homeless people and runaways. Traffickers may also find victims online.

Where traffickers look
The most common places traffickers look for victims is at bus stops, MARTA stations, train stations and other areas particularly for those who look out of place, like people without a purse or suitcase.
“Traffickers have started getting smarter, and they’re going to smaller bus stops because the bigger bus stops and truck stops — MARTA stations, if you have that — have started putting out educational material about trafficking and about the hotlines and how to help,” Harrison said.
People from healthy backgrounds can also be trafficked, and people can get trafficked through fraud. Harrison said one of her clients who had also been a foster child was 17 when she was trafficked. Though she came from a foster family setting, Harrison said she was in a good family situation. She answered an ad for an apartment near a junior college, and the girl who she met asked if they could stop by a friend’s house before they went to the apartment. The client had complied, then was immediately knocked out and stripped of her resources when they got to the house. She was then held captive and trafficked for two years before she escaped. This instance, Harrison said, happened in Kentucky.
Harrison said it’s difficult for victims to escape because they are stripped of resources, and traffickers chase them down. One of her clients, nicknamed “Runaway,” attempted to escape 15 times before she got away from her trafficker.

The link to substance abuse
Substance abuse can make people vulnerable to human trafficking, Harrison said. Traffickers may find strippers or prostitutes with drug habits and intentionally keep them addicted to drugs to keep them compliant. They may also get victims addicted to drugs, and parents who are addicted to drugs may sell their children for sex in order to pay for their drug habits.
Harrison said she has had several clients who have worked in strip clubs or were prostituted and met men who gave them gifts and compliments and sent them texts and seemed great, which Harrison said is called “love bombardment.” Then the men manipulated them into having sex with other people, Harrison said. The mind games and manipulation are part of “trauma bonding,” which Harrison said means victims of human trafficking get emotionally connected to those who are manipulating and harming them. Traffickers also prey on homeless people, who may also have drug habits.
Harrison said she had a client who had been homeless and living in an abandoned house with other people who were on drugs when a man built a relationship with her and invited her to live with him. He then stripped her of her resources and held her captive, only allowing her to leave to meet clients at hotels while he held her at gunpoint.
Harrison said her goal is to counsel clients, spread information about human trafficking and teach her clients about trauma bonding and overcoming addiction.
“Successes to me are helping people understand what’s happened and steps in healing.”

Honoring those who serve