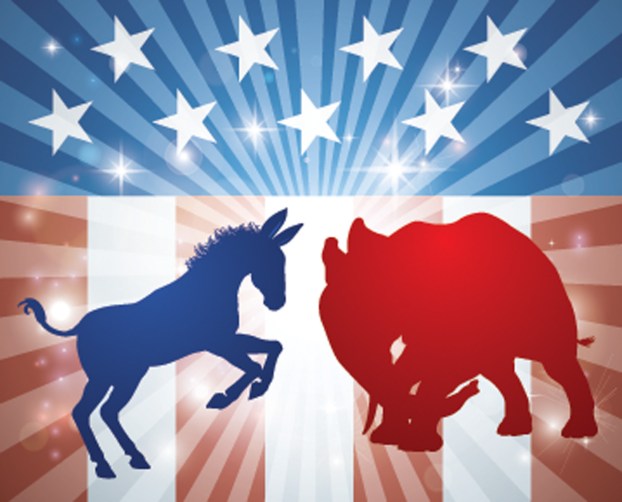 This presidential election cycle, we have seen the rise of the term “socialism” by Democratic candidates like Bernie Sanders and Elizabeth Warren. While the term “socialism” can be used to describe several ideologies, they are all very similar and are all derived from the theory that aims to eliminate class struggles by encouraging government control of production and distribution.
Therefore, the traditional use of the word “socialism” applies. Liberal Democrats that want to disguise the term or throw it out completely may want to do so because, according to a recent Gallup poll, 63 percent of Americans support capitalism over socialism. We can safely say socialism isn’t popular with the American people.
So why change the terminology? Why do liberal Democrats want to make socialism look appealing when history says otherwise?
Maybe it is to pander to younger voters who see the false ideas of free healthcare, free education and wealth redistribution as appealing — but, in reality, these aren’t free.
The history of socialism can be traced back to the 1840s with authors such as Robert Owen and Karl Marx, “The Communist Manifesto.” They espoused a system in which money and goods are shared more equally among the people with the government in ultimate control. They believed the means of making and trading wealth should be owned and controlled by the community. In other words, they believed one’s wealth did not belong to the one that earned it, but to the government and to the community.
Today, we hear self-proclaimed socialists, such as Bernie Sanders and many liberal Democrats, argue in favor of the same system. They desire higher taxes so the government can provide programs such as Medicare For All, expanded Medicaid, other welfare programs and wealth redistribution.
Let’s be clear, the government cannot and does not provide anything on its own. The only money the government can spend is what has been taken from hard-working Americans through taxation. The idea behind socialism is to leverage high taxes on those whose income is higher and redistribute their earnings to those that receive a lower income. This may sound great to someone that works very little or doesn’t want to work at all. Apparently, it also sounds great to the new liberal Democratic Party.
Socialism promotes an atmosphere in which no matter how hard a person works, he or she reaps the same benefits as everyone else. The government largely mandates the production of goods, sources and their prices. Personal freedom and civil liberties are crushed under socialism.
In contrast, capitalism fosters a competitive atmosphere in which workers and companies are encouraged to work hard to achieve success. Goods are produced and prices are set based on the law of supply and demand. Individual freedom, civil liberties, and American ingenuity are all inspired under capitalism.
Let’s be factually clear (as if there weren’t already enough reasons to reject socialism), true socialism has never worked anywhere it has been implemented. We would do well to remember the realities of socialist experiments in places like the Soviet Union, Cuba, East Germany, North Korea and Nicaragua. These realities of brutal oppression are examples of true socialism.
In a modern-day experiment, one only has to look to Venezuela to see the destructiveness of true socialism. If Democratic socialists want to point to Denmark, Sweden or Norway as successful socialist governments, even Denmark’s Prime Minister Rasmussen said, “Denmark is a market economy,” scolding those that would claim otherwise. These are not socialist governments.
Some Democrats today want to distance themselves from the term socialism, while at the same time promoting socialistic policies. They can’t have it both ways.
The Democrat Socialist Party of America, which is the largest socialist organization in the U.S., states “we will continue to support progressives who have a real chance at winning elections, which usually means left-wing Democrats.” Further stating, “many of us are active in the Democrat party.”
The Democrat Party is making a strong push toward socialism.
The Republican Party, in contrast, strongly supports capitalism, personal responsibility and freedom. Republicans speak for the majority of Americans in agreeing with President Donald Trump when he boldly proclaimed, “America will never be a socialist country!”

This column was submitted by Matt Lockett, chairman of the Republican Party of Jessamine County.

Since the 1920s, masters of messaging have seized on the dreaded label “socialism” to stigmatize policy proposals they oppose. Indeed, pundits and politicians have vilified such terrifying prospects as fluoridated water, farm relief, daylight savings time, the polio vaccine, national electrification and the interstate highway system as “socialism.”
Ronald Reagan, for example, railed against Medicare and Medicaid because they would bring “socialized medicine” to America and destroy our freedom.
For those who deploy “socialism” as a warning or insult, the term serves as a stand-in for its equally sinister variant: communism. Or, more broadly, any form of authoritarianism. Used this way, the word brims with dark, evil and decidedly un-American undertones. In short, anything labeled socialist just can’t be good.
Note this strategy for defeating opposing viewpoints requires no argument, no reasoning and not even very much actual information. It aims rather simply to disqualify the opposition — casting them as illegitimate or beyond the pale.
Continuing this fine tradition of smearing rather than elucidating, the political right has recently dismissed the Green New Deal (at present a set of goals, not specific legislation) as “socialist.” Mitch McConnell characterized a bill to expand voting rights as a “radical, half-baked socialist proposal.”
Such rhetorical excess would be funny, if it weren’t seriously harming our public discourse. We get only dire warnings and evocations of doom. We don’t get meaningful exchange of ideas, expanded understanding and serious consideration of policies.
Falsehoods usually contain a kernel of truth. When Bernie Sanders and a handful of others identify as Democratic Socialists they play right into the hands of political opponents ready to pounce.
Furthermore, socialism’s long, convoluted, multi-faceted history and its wide range of meanings and applications create inevitable imprecision when talking about “socialism.”
But the pouncers themselves bare primary responsibility for this misleading and damaging strategy of demonization, because they employ the term “socialism” carelessly, with little attention to what they — or their opponents — mean.
Perhaps they communicate so often in Facebook memes because words fail when you don’t know what you’re talking about.
In some cases, socialism is defined as a planned economy where the government owns the means of production. This economic system differs fundamentally from capitalism.
Most often, however, socialism properly refers to strong social safety nets that usually include stable retirements, universal healthcare and sometimes a free university education all financed by taxation. In a very real sense, many existing local, state and federal programs fall into this category of “socialism,” such as public schools, fire and police departments, Medicare, Medicaid and Social Security to name a few.
Those Democrats who have identified themselves as “socialists” clearly have in mind these kinds of programs, rather than any intent to abandon capitalism. In fact, they advocate the strong social safety nets characteristic of countries with market-based economies like Denmark, Sweden, Norway and Finland.
Not a single Democratic contender for the presidential nomination rejects capitalism, and all believe in markets. They also understand that markets require regulating to mitigate their inefficiencies and amorality ­— and, they know markets alone don’t solve everything.
Many of the American programs once described by detractors as “socialism” have ultimately been implemented and, guess what — no march to authoritarianism, no mass chaos and no descent to dystopia. American political discourse desperately needs less labelling and more thoughtful discussions.
So, the next time someone uses the dreaded “s” word, try actually examining the policy so described and asking what benefits it would bring to our fellow citizens and what harm it might produce?
Let’s let those considerations, not some ill-defined phantom, guide our thinking and our conversations.

The column was submitted by Caroyln Dupont from the Jessamine County Democratic Party.

Letters to the Editor published in the Jessamine Journal 6.20.19

What is wrong with young people today? Why do people smoke cigarettes? It seems like everybody smoke these days. That... read more