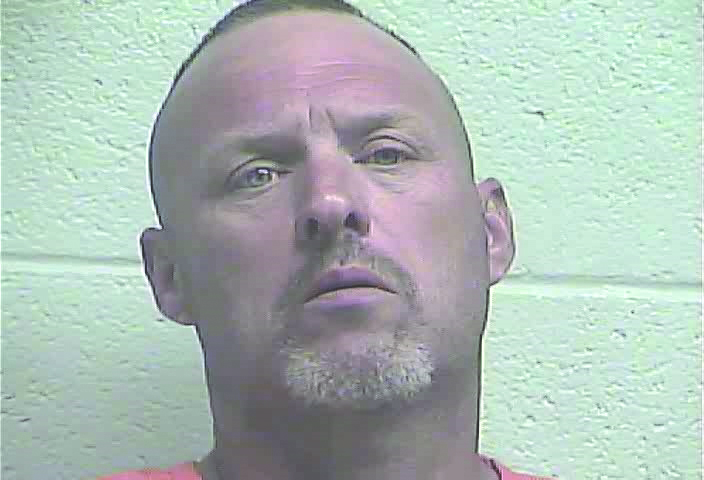 Terry Moberly, 47, of 260 Williamsburg Drive in Nicholasville, was arrested June 11 for driving on a DUI suspended license, wanton endangerment, possession of an open alcohol beverage container in a motor vehicle and possession of a controlled substance, according to a citation released by the Nicholasville Police Department.
Officers responded to Kimberly Heights in reference to a male slumped over the wheel in the front yard of a residence. Moberly was described as unresponsive. EMS advised they provided two doses of NARCAN after which Moberly finally became responsive in the back of the ambulance, according to the citation.
Witnesses explained they saw Moberly drive into their front yard and become unresponsive. Other witnesses stated they saw Moberly almost strike three children before driving onto the front lawn, according to the citation.
A six pack of Bud Light was located on the passenger floor board. An open Bud Light, cold to the touch, was located in between the driver seat and middle console. Inside the middle console of the vehicle, a pill suspected to be Oxycodon was also located.
Moberly was transported to St. Joseph Jessamine for medical clearance, before being transported to the Jessamine County Detention Center, according to the citation.

Wilmore hopes to save granary