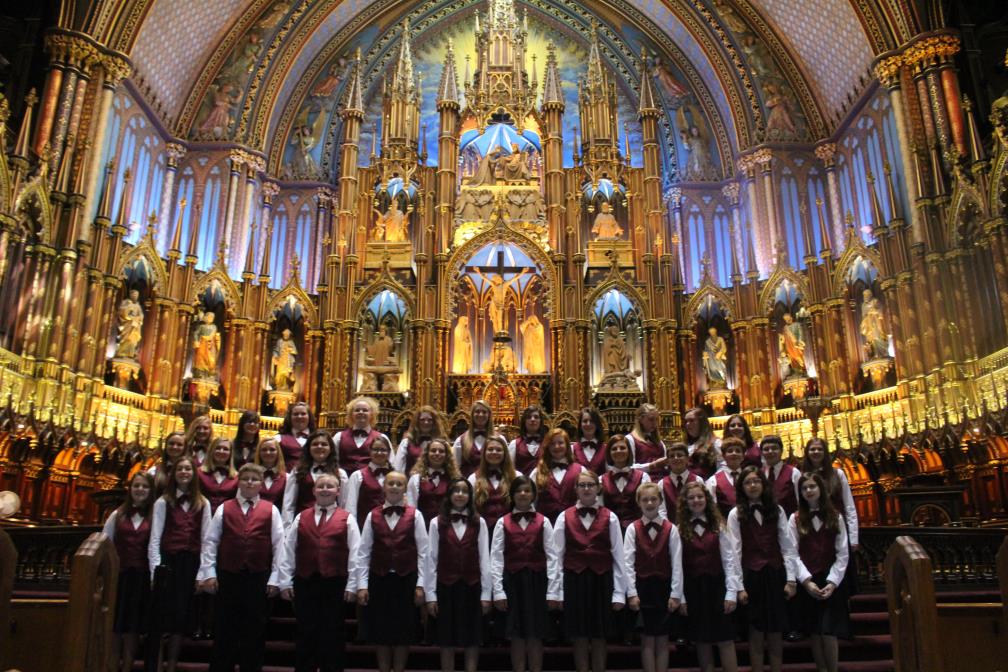 Wesley Village in Wilmore will host the Logansport Children’s Choir, now in its 31st season, later this month for a special performance.
Scheduled for 4 p.m. June 19, the choir will also be touring the southeastern United States, including visits to Mammoth Cave, Monticello and Colonial Williamsburg and performances in Savannah and Charleston.
The Logansport Children’s Choir is a community choir of more than 80 children ages 8 to 18 from the public and parochial schools in and near Logansport, Indiana, a city of some 17,000 people in the north central part of the state.
In addition to local concerts and exchange concerts with similar choirs in neighboring states, the choir has performed for the Indiana Music Educators Association, the Indiana Elementary Music Educators Association, the Midwest Kodaly Music Educators Association, and for the Central Division of the American Choral Directors Association.
In 1997, the choir traveled to the International Children’s Choir Festival in Canterbury and London, England. Subsequent tours have included trips to Niagara Falls and Toronto, Ontario in 1999, to Italy, Austria, and Germany in 2001, and to New Orleans in 2003 and again in 2011 to participate in the Crescent City Choral Festival.
In the summer of 2005, the choir again participated in the International Children’s Choir Festival in Canterbury, England, as well as toured and performed in the great cathedrals of London and Paris.
The choir also participated in the Vermont International Choral Festival in Stowe, Vermont in 2007 as well as the 2009 Cantus Salisburgensis in Salzburg, Austria as part of a longer tour that included stops in Switzerland, Germany and the Czech Republic. In the summer of 2013, the choir traveled to Hawaii to participate in the Pacific Rim Children’s Choir festival.
The choir made its 10th major tour in the summer of 2015 visiting and performing in Toronto, Montreal, Quebec City and the northeastern United States. The choir was selected to perform in the National Children’s Choir festival in Carnegie Hall in June 2017, which included concerts in St. Patrick’s Cathedral in New York City and the 9/11 Tribute Center.

For more information about the choir, visit www.logansportchildrenschoir.org