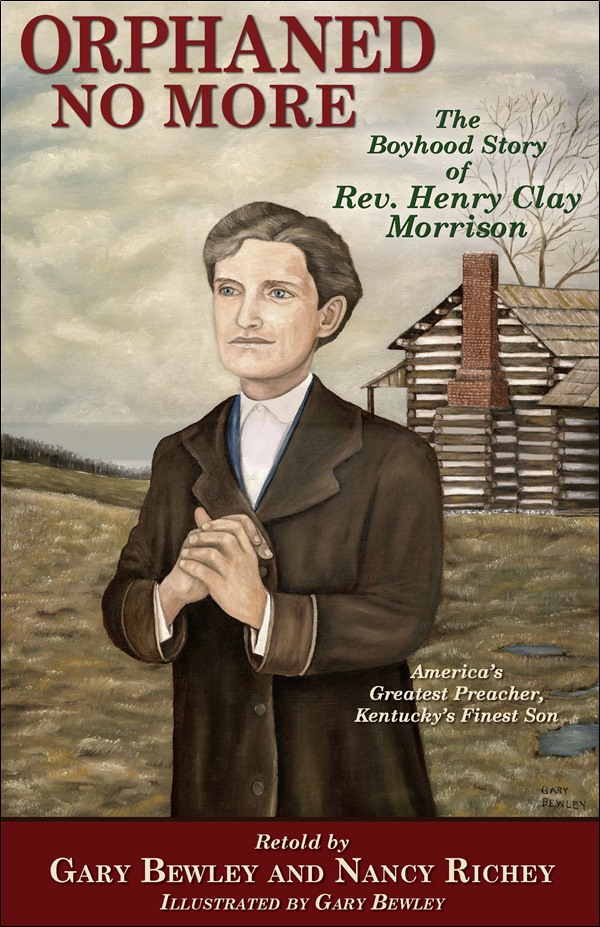 By Anne Carmichael
For the Jessamine Journal

Author Gary Bewley listened to his grandmother tell countless stories of how Henry Clay Morrison (1857-1942) found God at a young age and left the Morrison Park community in Barren County to introduce Him to the rest of the world.
Residents of Jessamine County will recognize the name of Henry Clay Morrison as the two-time past president of Asbury College.
After Bewley retired as a Barren County policeman and pastor at two local churches, he knew Morrison’s story as an orphan and young man was one he wanted to share with the world.
Bewley also set about restoring the Morrison Park Camp Meeting tabernacle and 6-acre site that was the foundation of Morrison’s ministry.
He recruited Nancy Richey, Western Kentucky University associate professor and visual librarian for the Library Special Collections, to do the research, fact check and co-author the book.
Together, their collaboration resulted in the book, “ORPHANED NO MORE: The Boyhood Story of Reverend Henry Clay Morrison.”
“I wanted to tell this story, not because Reverend Morrison was a great orator and evangelist, but because of the path his life took,” Bewley said. “His mother died when he was just two years old. His father died when he was four. He was 17 when he accepted Jesus Christ as his (heavenly) father. From that moment on, he never again felt he was an orphan. I hope to inspire today’s young people to seek and find that kind of reassurance in their lives.”
Asbury College was in a great financial crisis when it hired Morrison as president in 1910.
He had gained world renown as not only a great evangelist, but William Jennings Bryant proclaimed him as the greatest pulpit orator on the continent.
With the help of the subscribers to his “Pentecostal Herald,” Morrison was able to pay off the exorbitant debts owed by the college.
His own earnest and faith-based reputation improved the reputation of the college and increased enrollment of the student body.
He was instrumental in founding Asbury Theological Seminary in 1923.
Although he stepped down as president of Asbury College in 1925, he was persuaded to return as president in 1933 to help with yet another financial crisis. He served his second term until 1940.
Morrison fashioned a seal for the Seminary which boldly states, “The Whole Bible for the Whole World.”
There were only three students enrolled in the first class at the seminary, but almost 100 years later, enrollment numbers in the tens of thousands with a second full campus in Orlando, Florida, and extension campuses in Memphis and Tulsa.
There are Asbury Seminary graduates in every state, on every continent, and in every time zone reaching the world through evangelism, missions, church planting, preaching, teaching and counseling.