Looking back published in the Jessamine Journal 6.13.19 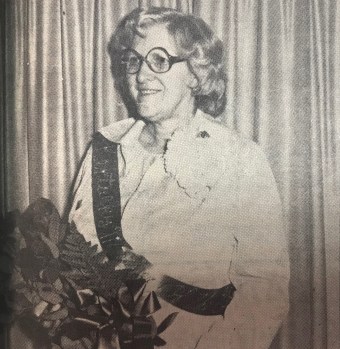 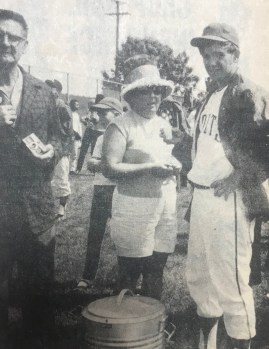 Board rejects development on Brannon: The Jessamine County/Wilmore Joint Planning Commission voted to recommend the Jessamine Fiscal Court deny a zone map amendment for a proposed 80-acre development on Brannon Road.
Church turns its ears to the heavens: The Episcopal Church of the Resurrection on Lexington Road hosted Kentucky’s first National Stewardship Teleconference along with 79 other churches. Its parking lot was loaded with equipment, including a large satellite dish. Visitors could go to the church and talk with 79 other churches via an audio satellite link.
‘Making a positive difference:’ Bonnie Davis was named volunteer of the year for Jessamine County. She had been a volunteer at East Jessamine Middle School for three years. She had volunteered at other schools prior.

Selection of school superintendent expected by July 1, Peel says: A superintendent who would succeed Dr. Don Martin, Jr., was to be selected.
Fire under Nicholasville house nipped: A fire at 813 South Central Ave. sent Nicholasville fire department volunteers to use about 20 gallons of water to put the fire out. A plastic drain pipe had been on fire, but other than the drain pipe, no loss from the fire occurred after it was put out.
Title for 10 acre gift to Camp Nelson National Cemetery given here Tuesday: Ten acres pledged to Camp Nelson four years prior was legally sealed Tuesday with conveyance of the land title to United States of America.

Prospects good for speedy OK on new bridge, straight U.S. 27 over Camp Nelson: A $6 million bridge and 2.8 miles of four-lane highway overpass above the Kentucky River at Camp Nelson, Jessamine County’s largest public engineering-construction facility in 59 years, was in the planning works approved by the Kentucky Department of Highways.
Colts bow out of state baseball picture on 7-1 setback in semi-final: Jessamine County was eliminated from Kentucky State High School Baseball Tournament play in a semi-final in Lexington by Owensboro, 7-1, June 5.
Preschool program encourages independence, physical fitness: An added phase of the Office of Economic Opportunity’s war against poverty was the Head Start preschool program for impoverished children. It was the fourth facet in a series for the OEO. Jessamine County had had two Head Start classes in Nicholasville and one in Wilmore at this point.