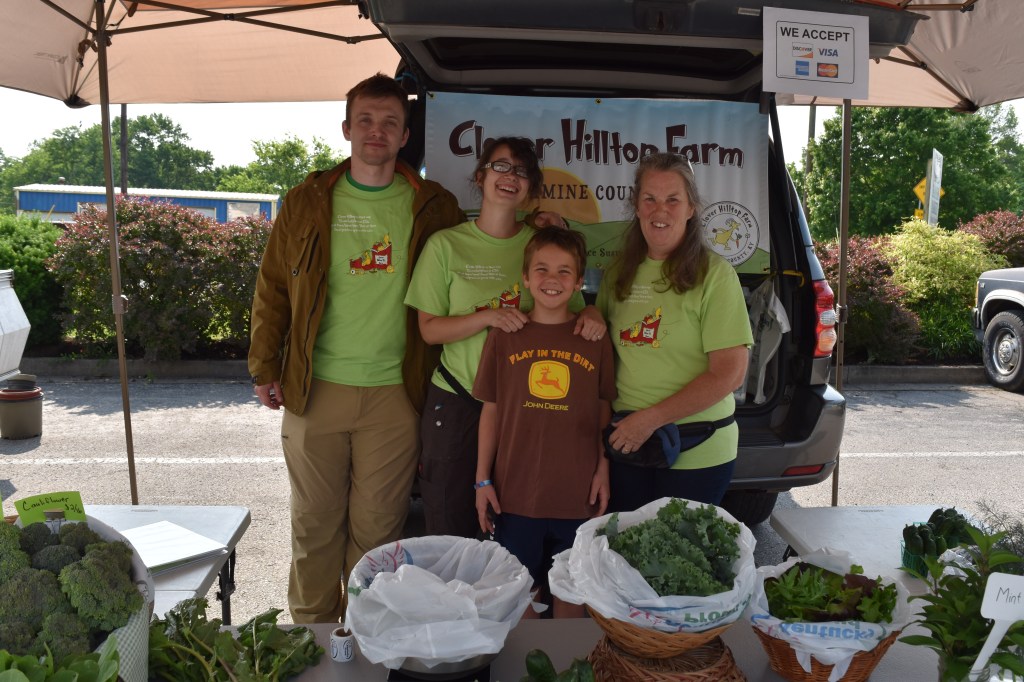 The Wilmore Farmers’ Market takes place every Saturday from 8 a.m. to noon at 335 E. Main St. near the railroad tracks. This year, it began May 4 and will run until Oct. 26. One of the market’s three founders, Joan Stevens, sold honey, onions and kale at the market June 1 and said the market has been operating for about 20 years. This year is brother and sister Mark and Donna Reinhardt’s sixth year selling at the market. They sold sweet potatoes, cauliflower, snow peas and other produce and flowers, as well as their brother Jeff’s handmade wrought iron work. Diane Vetters, who started selling at the market in 2002 and often sells at the market with her family, sold produce and flowers with Hannah Spraul, the daughter of one of her friends from college, and Spraul’s husband John, as well as CJ Shanahan, whose mother Vetters knows from church. Sydney Penner, who has been selling at the market for three years, told customer and Wilmore resident Liz Dimm about a type of lettuce he was selling called celtuce and bagged her purchases for her.