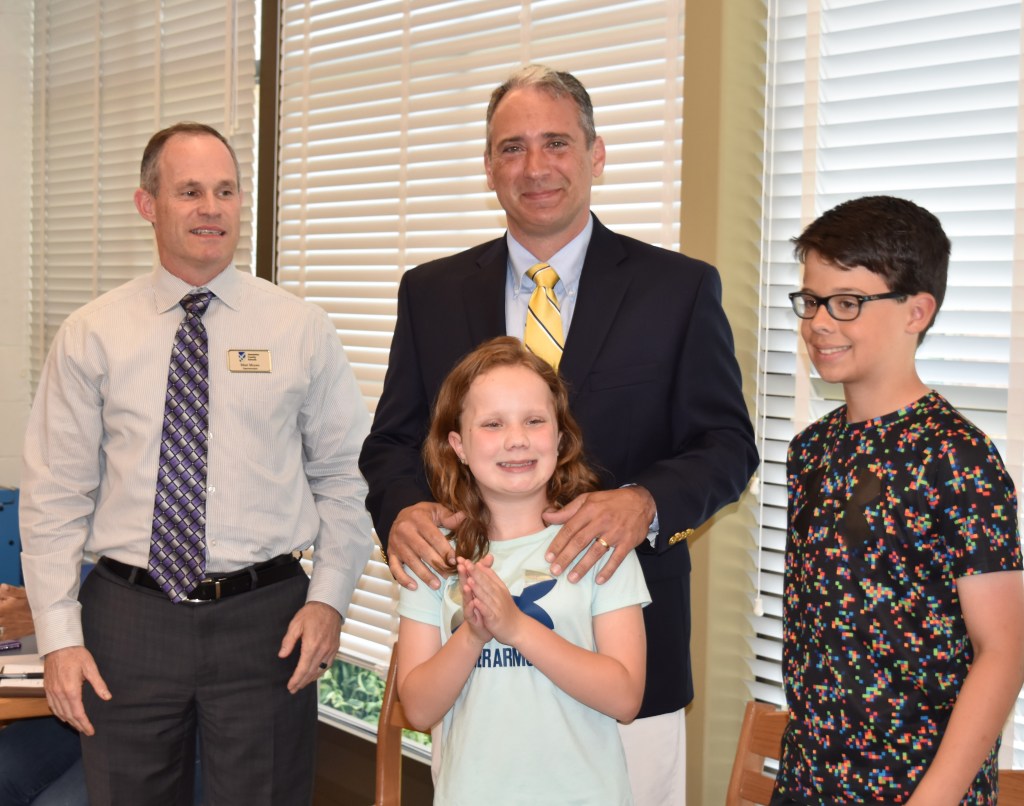 Warner Elementary School’s School-based Decision-making Council voted unanimously for David Asher to replace Kim Brockman as school principal in the 2019-20 school year last week.
Brockman is retiring after serving at the school for the past five years.
“During my interview, I told the members of your site base I believe teaching children is the most important job there is,” Asher said in a speech at the meeting. “I look forward to doing this important work with everyone here at Warner.”
According to a press release, Asher began his career in education 21 years ago, with his first five years at Nicholasville Elementary School, where he worked as a music teacher. He spent the past four years as an administrator in Washington County, serving as assistant principal for Washington County Elementary School and Washington County Middle School.
Asher said he is glad to be back in Jessamine County.
“Everybody I’ve kept up with — they’re great people,” Asher said. “I’m just excited to be back here.”
Asher said he feels great about the unanimous decision at the meeting.
“It’s nice to know everyone agrees, that they feel like I can be the person to help steer the ship, so to speak, and I was very pleased because they made a great impression on me,” Asher said about the council at Warner.
During his speech, he said the council seemed to truly care about the selection process and let him know he would have “very big shoes to fill” after Brockman retired.
“I got a lot of positive, friendly vibes from the group,” Asher said.
Asher said he was excited about upholding Warner’s strategic plan, which he said focuses on “children finding their way to be their unique best self.” He said Warner also focuses on children making connections with adults and building relationships with them, which he said is crucial, and he appreciates that the school keeps up-to-date information on parents so the school can get in touch with them when needed.
“The best part is that I’ve heard of what a family it is,” Asher said. “I look forward to getting to know everybody and feeling like part of the family.”
Asher said he first wants to focus on building a relationship with the school and the students and staff before he considers any changes.
Before the new school year starts, he will meet with administrators and discuss possible changes and other matters.
Moore said he learned to respect Asher as an educator when he worked with him at Nicholasville Elementary and that he believes he’s a good fit for Warner.
“The thing that excites me the most about David is he is the absolute right fit for this school,” Moore said. “This site base council recognized that the Warner community was looking for somebody who could embrace the work that has already happened here — they had so many successes — and then help them build from there. They weren’t looking for someone who was going to come in and want to start over.”
Moore said he thinks Asher has that mindset.
“Dr. Brockman has been such a powerful leader, and it just makes sense to find a person that wants to continue building off of the work that she’s done,” Moore said.