‘Community is there to catch you’ 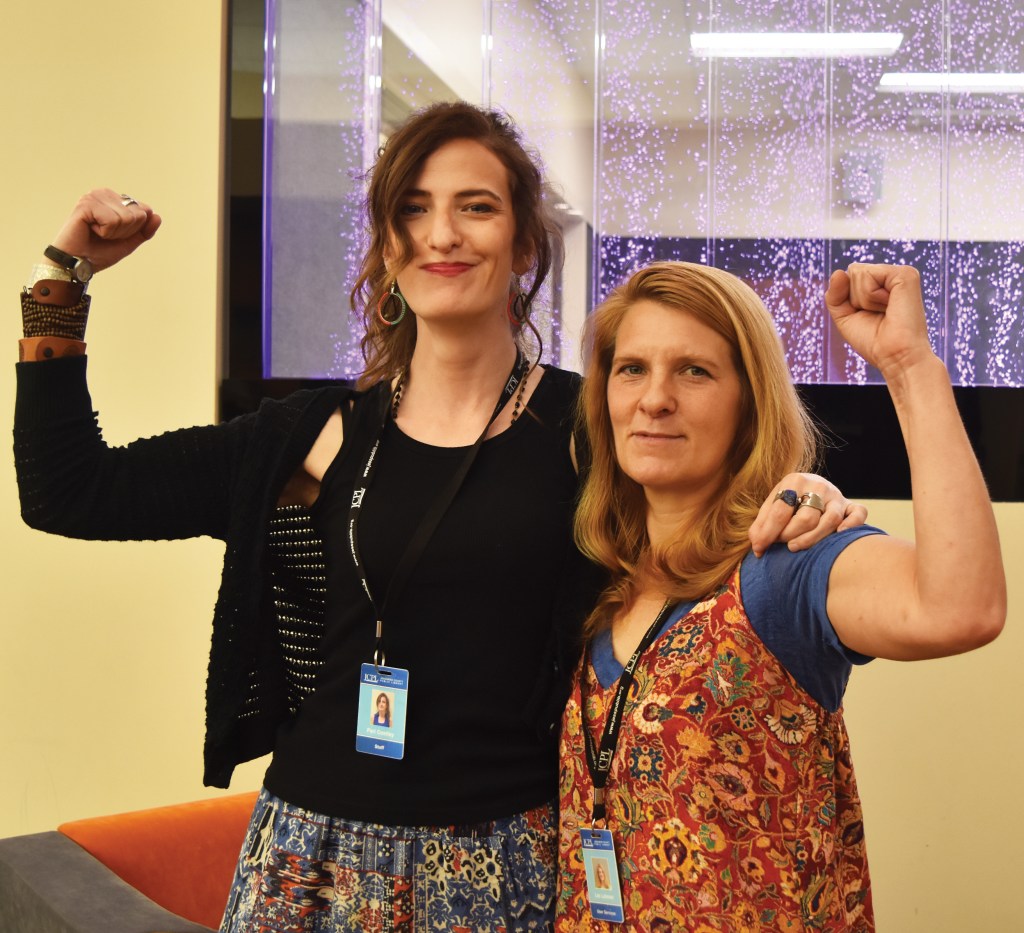 Jessamine County Public Library is ready to start a conversation about adverse childhood experiences, titled “Resilience,” at a new free event for residents next month.
An event series focused on mental health-related issues called the Strong Minds series will take place at Jessamine County Public Library, located at 600 S. Main St., beginning with “Resilience” from 5 to 7 p.m. June 1.
“It’s open to everyone, it’s welcome, and we’re ready to start this conversation,” said Les Lehman, JCPL’s adult programming librarian.
Lehman said the “Resilience” event will focus on Adverse Childhood Experiences, or ACEs, and trauma, and will feature a screening of the documentary “Resilience,” which focuses on the lasting impacts of ACEs, information about a national study on ACEs and how medical professionals have used knowledge about ACEs to improve their communities. There will also be a free dinner and tables set up to inform attendees about mental health resources in the community, and the host and guest volunteer speaker will be Amber Bruner, a nationally certified school psychologist for Jessamine County Schools.
The event will focus on adults and teens who have experienced ACEs during their childhood, and Lehman said the goal of the event series is to destigmatize people who struggle with mental health issues. She said she wants people to know about the mental health resources available to them in the community, as the event series has about 20 community partners, including the Jessamine County Health Department, Jessamine County Schools, Addiction Recovery Care, the Heroin Education Action Team and the Sexual Violence Resource Center of the Bluegrass.
“The community is there to catch you,” Lehman said.
Lehman said the community partners plan on running the event series for a year. The second event, called “Overcoming Addictions” will take place on June 29, and the third, called “Rising from Depression,” will take place July 27. Upcoming Strong Minds events will be posted on the JCPL website.
Bruce Crouch, Healthy and Safe Communities Coalition coordinator for the Jessamine County Health Department, said ACEs are potentially traumatic events a child experiences before age 18 that have lasting negative impacts on the child’s life, including abuse or living with household members who are substance abusers, mentally ill, suicidal, criminals or imprisoned.
Crouch said the coalition’s Mental Health Workgroup came up with the idea for an education and resource series and decided to partner with the library. He said all speakers for the series will be volunteers or paid through their agencies.
Lehman said the event series formed partially in response to the addiction crisis in Jessamine County. Crouch said Jessamine County was sixth in the state for overdose deaths last year.
“As of right now the county is down from last year’s death from overdoses,” Crouch said. “We are still having overdoses but with more access to Naloxone or Narcan lives are being saved.”
Lehman said funds for the event series are coming out of the library’s adult programming budget and since the events will feature a “healthy, nutritious, vegetarian dinner,” she hopes attendees find the events relaxing and enjoyable. She also hopes attendees find the events informative and that the partnership JCPL has with its community partners will be beneficial for attendees.
“I hope that our bonds as all of these separate organizations are stronger because I think that makes a stronger safety net for the entire community, and it helps us have an action plan when we find crisis in the community, that we’re all woven together,” Lehman said.
Amber Bruner, the JCS school psychologist who will be the speaker at “Resilience,” is a member of the Healthy and Safe Communities Coalition’s Mental Health Workgroup. She said last year, the coalition tried to decide on a public health issue to target in the community and decided on mental health, which was why the Mental Health Workgroup formed. Bruner said the coalition felt the community needed connection to resources and education about mental health issues, inncluding why people harm themselves or commit suicide, the risk factors of substance abuse and information about ACEs.
Bruner said she and JCS were passionate about Strong Minds because JCS is involved with a state grant called Project ACHIEVE, which aims to create trauma-informed schools and communities. She said though many people believe they haven’t experienced adversity in their childhoods, the majority of people have experienced at least one ACE, making ACEs a community issue. Bruner also said those who come from healthy backgrounds can also learn to help those who come from adverse backgrounds by becoming educated about ACEs.
She hopes attendees learn that even if they may have experienced adversity in their childhoods, they can be resilient.
“The reason it’s called ‘Resilience’ is because we hope that people understand that just because adversity impacts your brain in a certain way, we now know that your brain does not have to stay that way,” Bruner said.
Peri Costley, adult outreach librarian at JCPL, spreads the word about library programs to adults who have trouble getting to the library, including people at places like the veteran’s centers, senior centers and other facilities. She said she is working to get the word out about Strong Minds and that since so many organizations are involved with Strong Minds, the community partners are pushing for the #StrongMindsKY hashtag.
“We’re not just about books,” Costley said about JCPL. “We’re more about people and connecting people to the right information and right resources.”

Over a century of service