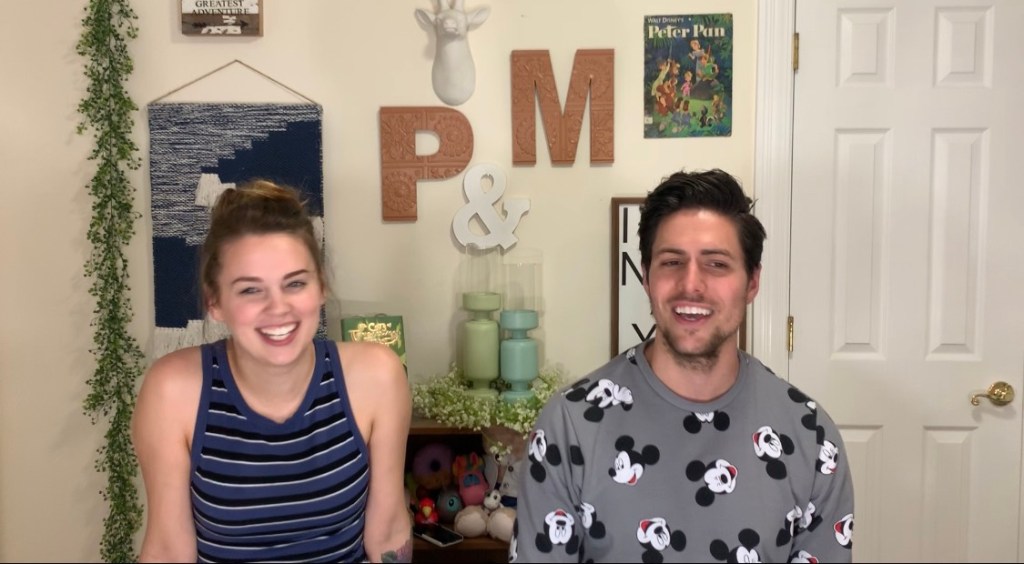 By Caroline Rinehart
For the Jessamine Journal
It began with a weekend trip to New York City.
Sitting in bus seats located by the bathroom, their long trip from Lexington, Kentucky to New York began as the bus hissed and rolled forward out of the station.
The smell of the bathroom combined with the sweaty mass of humanity that filled the bus would make anyone want to turn back, but not these newlyweds.
The dawn is just breaking, hardly 7 a.m., when they arrive in New York City. With video camera in hand, Paul and Morgan Olliges, of Wilmore, decide to film their trip for amusement. The footage from the bus ride, Times Square, and hotel are pieced together by Paul and published on YouTube. The rest is history.
“We decided, why not just keep making fun videos? And it continued from there,” Morgan said.
For the greater part of their lives, Paul and Morgan have always known they wanted to reach out to teens and young adults.
“When YouTube came up in our minds, we decided why not use this place as our platform and reach out to the people we have hearts for,” Morgan said.
Two years, and 84,000 subscribers later, Paul and Morgan seek to continue to reach more teens and young adults through their show.
“Our mission is to stir up our generation to live in Hope in Freedom in Christ. We want people who come and watch our videos to leave feeling a little lighter and a little more free. In a world where social media can seem very dark and heavy, we want to do our best at saturating as much as the web as we can with light, love, hope, freedom,” Paul said.
Each show has a unique element, but they all share a common theme: “To find Hope and Be Free.” The show is centered around providing young adults with Christian advice on dating and how to “live a godly life in a very ungodly world,” Paul said.
While the majority of responses to the Paul and Morgan Show are positive, the show also receives backlash due to its Christian nature, but they are determined to continue making their videos.
“We have been told we should go die. We have been told we are the scum of the earth. We have been told that it’s our fault people hate religion/God. It’s our fault kids are killing themselves. Just really, really heavy, hateful stuff. We have come a long way through, and we know that no matter what hateful comments we get, the truth that we are speaking will not change,” Morgan said.
Because there is much criticism from both non-Christian and Christian audiences, Paul and Morgan take special measures to ensure that their lips only speak the truths from Scripture. With each video that the couple makes, they spend time in prayer before they film.
“I think just really relying on the Lord to come through. It’s totally up to Him how our channel goes. What we say. What we do. We just give that all to Him and trust that if we begin to speak a message that is not truth from Him, He will whoop our butts into shape real quick. We have almost 85,000 subscribers who are listening and watching our every move. It’s very easy for the enemy to try and twist and turn things. So, we try our best to always be on guard, always be seeking the Lord’s wisdom and always be aware of what we are putting out,” Paul said.
Recently, Paul and Michael Spann, a guest star, uploaded a video titled “Things Guys Wish Girls Knew – Honest Preferences.” Among the list of things they “wish girls knew,” were the use of the word “fart.” Paul and Michael intended for their video to be of a more lighthearted nature. The majority of the audience missed the joke. Paul, Morgan, and Michael made a follow-up video explaining themselves which is something they have never done. Ironically, many of the topics Paul and Morgan speak about are requests from their viewers.
No matter what the topic is, Paul and Morgan’s mission to help people remains the same. With their numerous sponsorships, they will be able to quit their jobs, dedicate their lives to the show, and reach more people every day.
“We want people to see Jesus always. Whether we continue to make videos like we make now, or we totally change it up and start vlogging or do a cooking show (not going to happen) the goal will always be to bring glory to God and let Jesus shine through us,” Paul said.