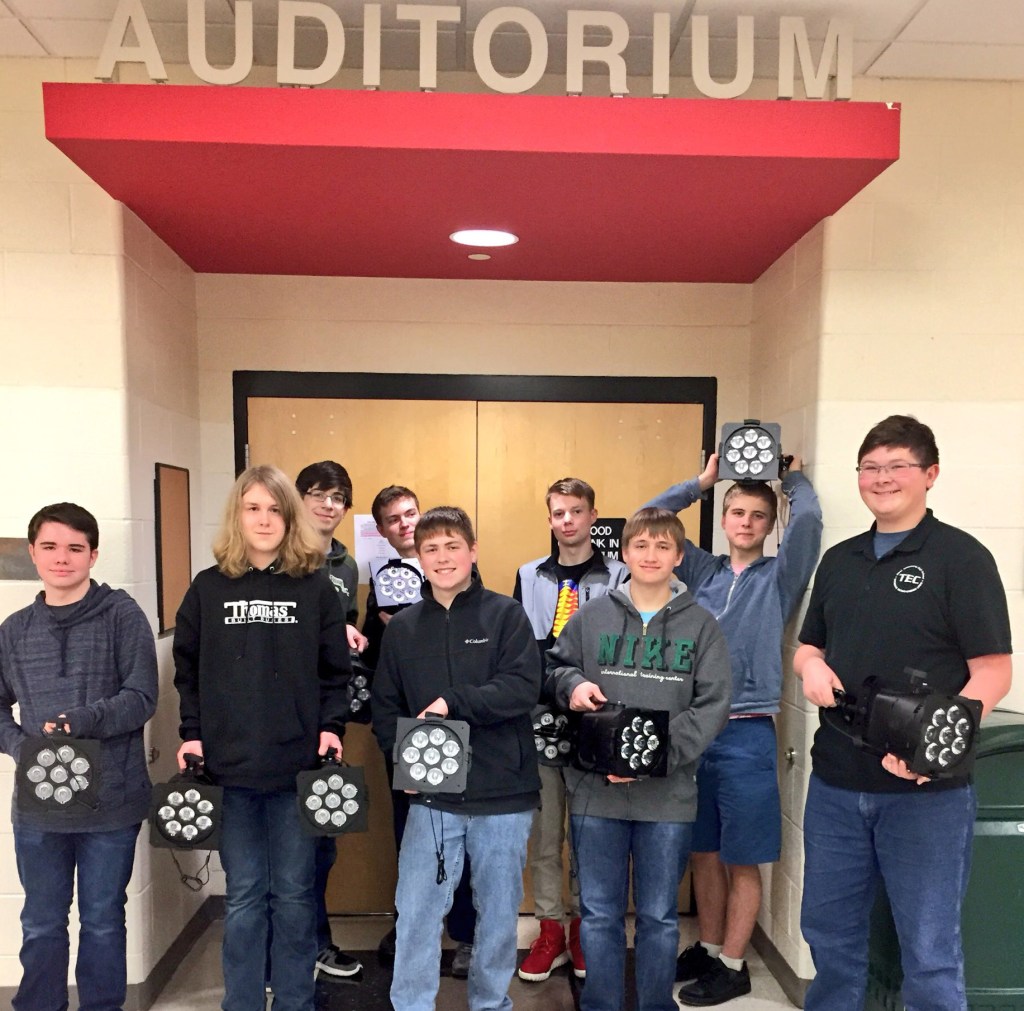 By Olivia Mohr
olivia.mohr@centralkynews.com
The West Jessamine High School Technical Entertainment Crew, or TEC, started a concert series titled “The Pelican Concert Series” earlier this semester which will feature the Moron Brothers Saturday.
Starting at 6:30 p.m., and located at 2101 Wilmore Road, tickets are $15 and can be purchased at the door or by visiting www.pelicanconcerts.com.
John Mark Vanderpool, a media technician at WJHS who leads the concert series, said the goal of the series is to provide students with experience they might expect from larger shows, such as loading and setting up lighting and sound equipment and “busking” lights, or controlling lighting for a live show. Another goal, Vanderpool said, is to support local musicians and music groups. He said the concert series will also give students an opportunity to learn not only hands-on knowledge about equipment and the technical entertainment industry but also “soft skills.”
“This line of work requires a great deal of professionalism, teamwork, and respect,” Vanderpool said. “Providing students the opportunity to engage with and work with adults in the industry outside of Jessamine County Schools gives them a safe platform to grow and develop as a young professional.”
So far, the concert series has hosted two concerts prior to Saturday, featuring Lexington bands Lylak, Isle of Eight, Cannon Eyes, Buck the Taxidermist and Romantic Relevance. As of now, concerts will only be held while school is in session, and Vanderpool said he expects next semester’s season to be finalized and announced by Aug. 1 and for information to be posted on the Pelican Concert Series’s website and on Facebook.
TEC began in 2014 with the goal of allowing students interested in technical entertainment to learn those skills outside the classroom, Vanderpool said. The TEC works mainly with entertainment sound and lighting in corporate and theater events, he said. When TEC began, Vanderpool said they had little equipment and originally worked with WJHS’s theater department on the three shows it hosted yearly. However, TEC has since grown in size, worked more events and acquired more modern equipment, including new lighting fixtures, control equipment and microphone and communication systems.
“As the group has grown, the opportunities for students to run and practice these skills in the real world has decreased, as there are only so many events and productions at WJHS a year,” Vanderpool said.
The concert series, he said, began after TEC students expressed interest in working music events and concerts rather than just the theatrical and corporate events they had previously worked on.
When it comes to choosing performers, Vanderpool said TEC keeps several factors in mind and thought their audience would enjoy the Moron Brothers.
“We were previously familiar with them and thought they would be a nice bookend to our year and would appeal to our community,” Vanderpool said. “Artists and groups are chosen based on availability, interest, and appropriateness for our audience.”
Vanderpool said that through the concert series, TEC hopes to grow outside of WJHS.
“This new initiative will allow our program the space to start bringing in more students and grow as much as possible,” he said.
As the program grows, Vanderpool said the extra revenue it generates will go toward portable equipment for the program, as equipment is currently only a permanent part of WJHS’s auditorium. Portable equipment would allow TEC to go out into the district and work in other schools to provide services for choir concerts, family fun nights and other events in Jessamine County.